Last year, SHARK filmed atrocious acts of animal cruelty committed at the Martinsville "Barnyard Scramble,” located in Martinsville, IL.  You can watch the video of what we filmed HERE.

Last night, July 10th, SHARK investigators again filmed the Martinsville scramble and documented more rough treatment of scared animals by charging kids in a hectic and chaotic environment that no animal should be subjected to for 'entertainment'. In addition, numerous children were wounded and had to be treated by the paramedics on scene. 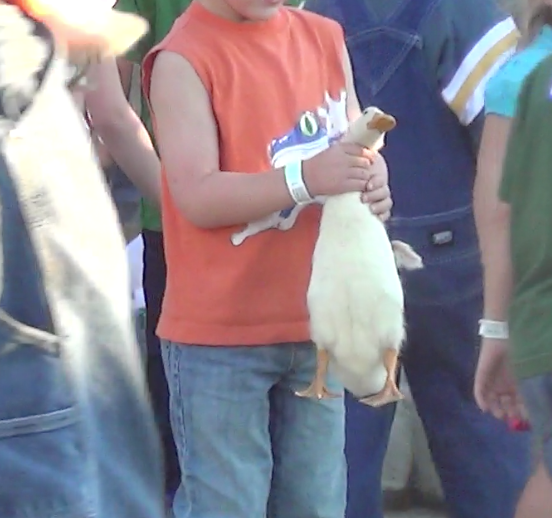 Thanks to your phone calls and emails, all the pressure did have an effect; the animals the children captured were no longer given away as prizes!  However, what the scramble organizers did was to sell the rabbits afterward for $1 each.  This is clearly a very poorly veiled runaround of the law and we will be investigating this further and demanding that Randolph County Fair organizers actually comply with Illinois State law.

Unfortunately, the scramble is still a vicious event where young animals that are thrown onto the ground literally run for their lives in front of a stampeding horde of children.

If you wonder where these kids are learning such bad behavior, look no further than the adults who attended the scramble and who harassed our investigators.  These attendees tried to keep us from filming the abuse, the locals have no respect for the constitution of America and desperately wanted to stop images of their cruelty from reaching the outside world. But thanks to the local police and County Sheriff's deputies who acted professionally and allowed us to continue to document the scramble.

SHARK will be releasing videotape of this event in the very near future, stay tuned. 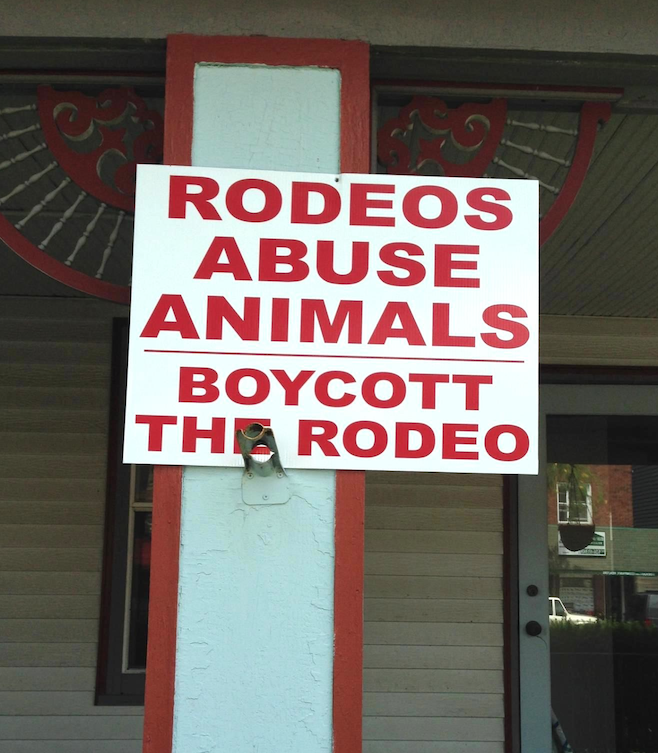 “Yesterday my office was visited by a representative of your police department who advised that I would be arrested if I did not remove political signs that I have on my building protesting the abuse of animals. According to your officer the chamber of commerce was “very upset.”

The firm reached out to Showing Animals Respect and Kindness (SHARK) for support.  SHARK has had experience with the Wauconda rodeo, including having videotaped “mutton busting” at the rodeo in 2009, where children, some of whom were very young,  are put on the backs of sheep, who then run wild, with children being thrown hard onto the ground.  You can watch that video, which shows a number of children hurt, crying, even limping away, on this link: http://www.youtube.com/watch?v=Fz0shNnw8Rs
Mr. Gooch issued the following statement for this release.

“The best way to make sure I express my free speech rights is to threaten me,” states Gooch.  “It’s time to take Wauconda out of the 1950’s.”

SHARK is calling on the Wauconda Police Department and the Chamber of Commerce to back off their threats against Mr. Gooch and his firm.

“Rodeos like to pretend that they represent 'American values,' but by threatening a citizen who is expressing his First Amendment rights exposes the true, darker nature of the Wauconda Rodeo, and it’s supporters in the Chamber of Commerce," said Steve Hindi, President of SHARK "This is an event that abuses animals and doesn’t want anyone to know about it.” 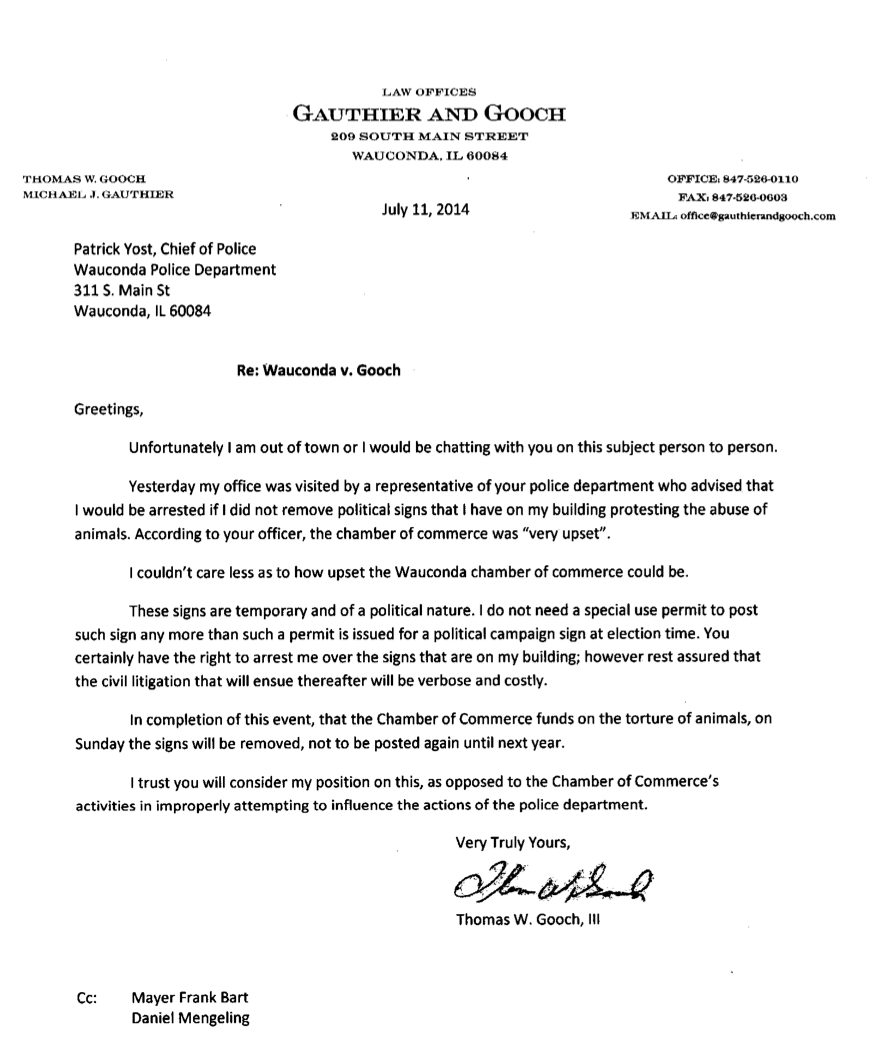