Join us for our Labor Day Weekend Protests Against Pigeon Shooting

In our last update we told you that we had major plans for the Labor Day pigeon shoot that is to be held at Wing Pointe on August 30 and 31.  Today we are announcing those plans and asking for your help.

There are three important issues that we are tying together for a weekend of protests and educational outreaches.

• The first is educating the public about the legislation to ban pigeon shoots that is currently in the Pennsylvania State Senate - but needs a big push from the public to overcome the NRA who is desperately fighting against it.

• The second is the two-day shoot at Wing Pointe where thousands of innocent pigeons are going to be maimed and slaughtered, all so a handful of vile people can have fun.

• The third issue is about newly appointed judge of Common Pleas in Berks County, Adolph Antanavage, who is a long time pigeon shooter that we documented shooting pigeons in front of a Confederate flag at Wing Pointe. SHARK has called on Antanavage to resign because no one who did what Adolph Antanavage did should sit in judgement of others. 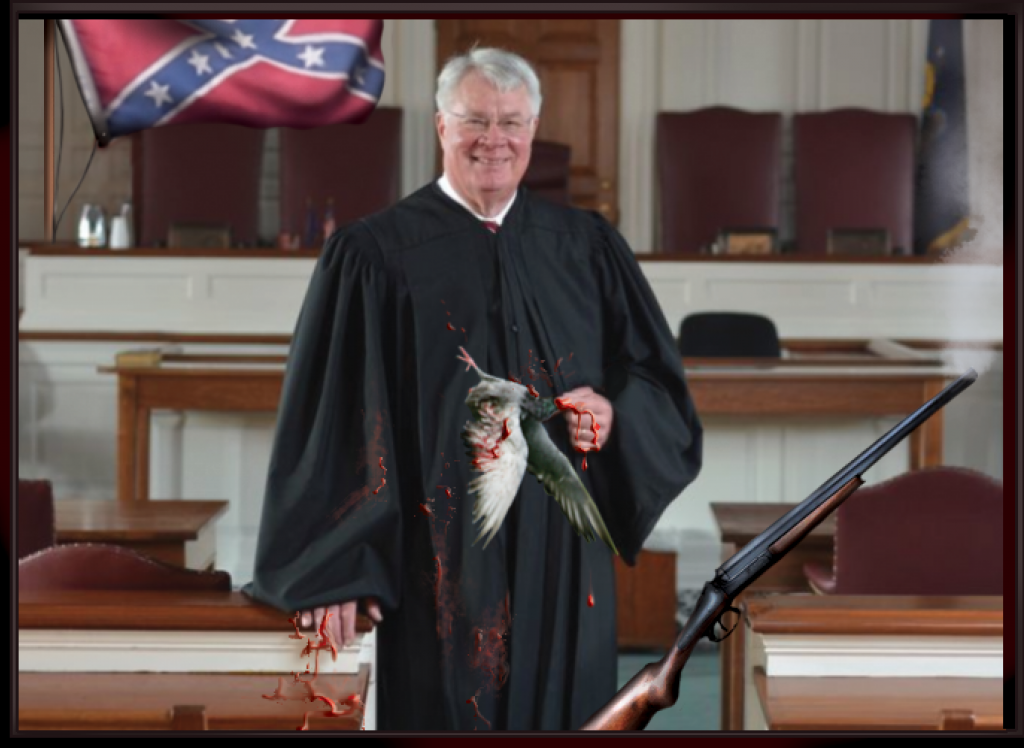 On Friday, August 29, 2014, SHARK will be holding a protest outside of the Berks County Courthouse where Antanavage is judge. Please join with us as we hand out fliers and educate the public about what Adolph Antanavage has done.
Protest: 11:00 AM - 1:00 PM
633 Court Street
Reading, PA 19601
If you are not able to attend, please either call send a letter to President Judge Paul M. Yatron and ask him to pull all of Antanavage’s cases.
President Judge
Paul M. Yatron
Court of Common Pleas of Berks County
633 Court Street
Reading, PA 19601
Phone: 610-478-6208 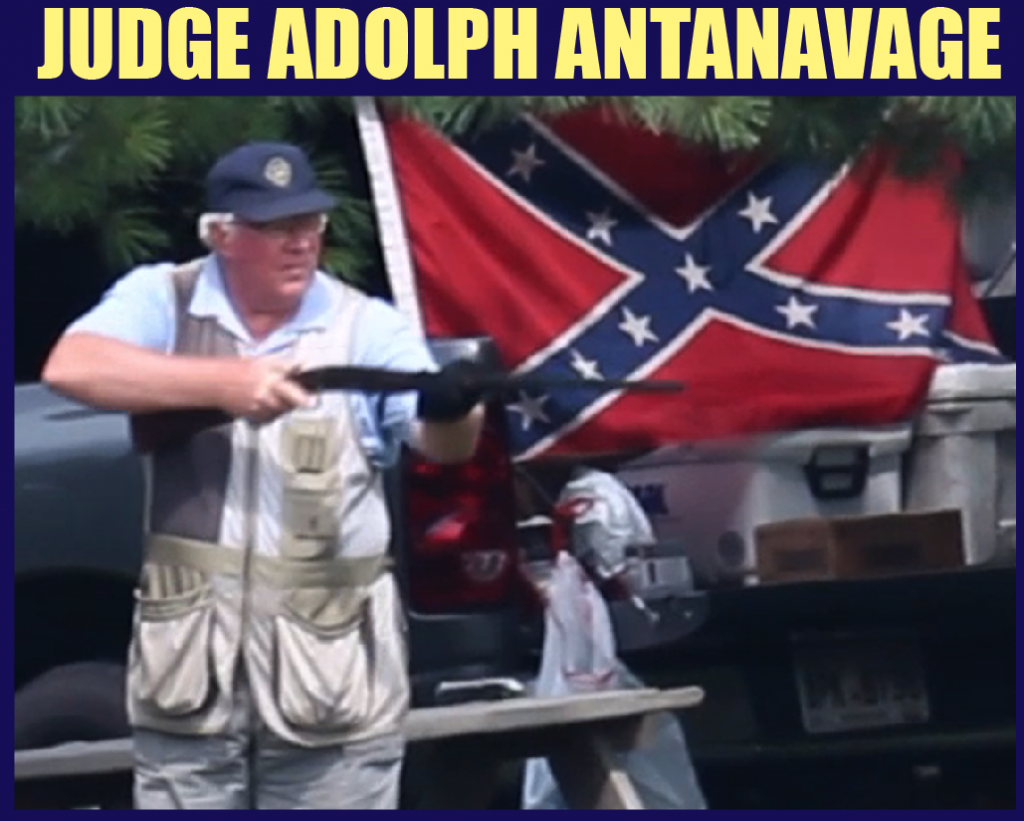 EDUCATIONAL OUTREACH ON
SATURDAY AUGUST 30, 2014
SHARK has discovered that there are two public events happening in Berks County where we will be handing out fliers about Antanavage and the legislation to ban pigeon shooting.
11:00 AM - 2:00 PM
11th Annual Taste Of Hamburg-er Festival, Hamburg, PA
According to their website, last year more than 35,000 people attended this event, so we have an excellent chance to reach many Berks County residents!

If you can help us, please contact This email address is being protected from spambots. You need JavaScript enabled to view it.  and we will make arrangements to meet with you before the event.
EDUCATIONAL OUTREACH ON
SUNDAY AUGUST 31, 2014
In an extraordinary poignant turn of events, the Reading Public Museum is holding an event remembering the 100th anniversary of the death of the last passenger pigeon. SHARK will be there educating the public about how on that very day vile shooters are slaughtering hundreds if not thousands of pigeons in the same county.
We will be meeting at 11:00 AM at the Reading Public Museum:
500 Museum Road
Reading, PA  19611
HELP DOCUMENT THE ANIMAL CRUELTY
COMMITTED AT THE PIGEON SHOOT
If you have experience with photography or videography, or are a beginner and want to learn how to document pigeon shoots, please contact us:This email address is being protected from spambots. You need JavaScript enabled to view it.
We will be at the shoots from early morning until after the shooters leave, so we will take all of they help we can get. If you don't want to film or do the educational events, then please come to Wing Pointe and protest outside the canned hunt club at any time during the weekend.
Wing Pointe
1414 Moselem Springs Rd, Hamburg, PA 19526
If you haven't gotten involved in the battle against pigeon shoots yet, this is your chance join the fight on the ground against these shameful events. Don't expect things to change unless you get involved - we need your help!

SHARK sent out the following press release regarding a press conference we will be holding in Green Bay, Wisconsin Thursday morning, August 14, 2014.
There has already been an article about this. Please read it HERE and post comments.
Catholic Church Broke Wisconsin Animal Fighting Laws,
Endangered Children's Health; International Animal
Protection Group to Provide Evidence Thursday

SHARK will present compelling video evidence documenting the illegal activity at a news conference THURSDAY/AUG. 14 at 11 a.m. at the Hawthorne Suites by Wyndham Green Bay (335 W. St. Joseph Street/Room just past the lobby behind the fireplace)

The video will show cruelty to animals, animal fighting and child neglect -  specifically, children encouraged to wallow in mud contaminated with animal feces and urine. Under state law, spectators, organizers and participants could be charged with a misdemeanor or felony.

After the briefing, SHARK will deliver the evidence in person to the Bishop of the Green Bay Diocese, located across the street from the Hawthorne Suites by Wyndham Green Bay.

IMPORTANT: SHARK will present a "very special alternative event," which will net the church much more than it currently receives from the "Pig Rassling spectacle. Full details provided at the news briefing.