SHARK investigators currently at the Cheyenne Frontier Days Rodeo (CFD), in Cheyenne Wyoming, have documented eight animals that were brutalized, injured and who most likely will die in just the first two days. There are still eight more days to go, and we expect there to be many more victims.

Rodeo supporters and promoters will say that rodeos are “humane” and represent daily values but it is all a miserable lie. You don’t have to take our word for it, just look at the suffering caused in the name of “entertainment.” 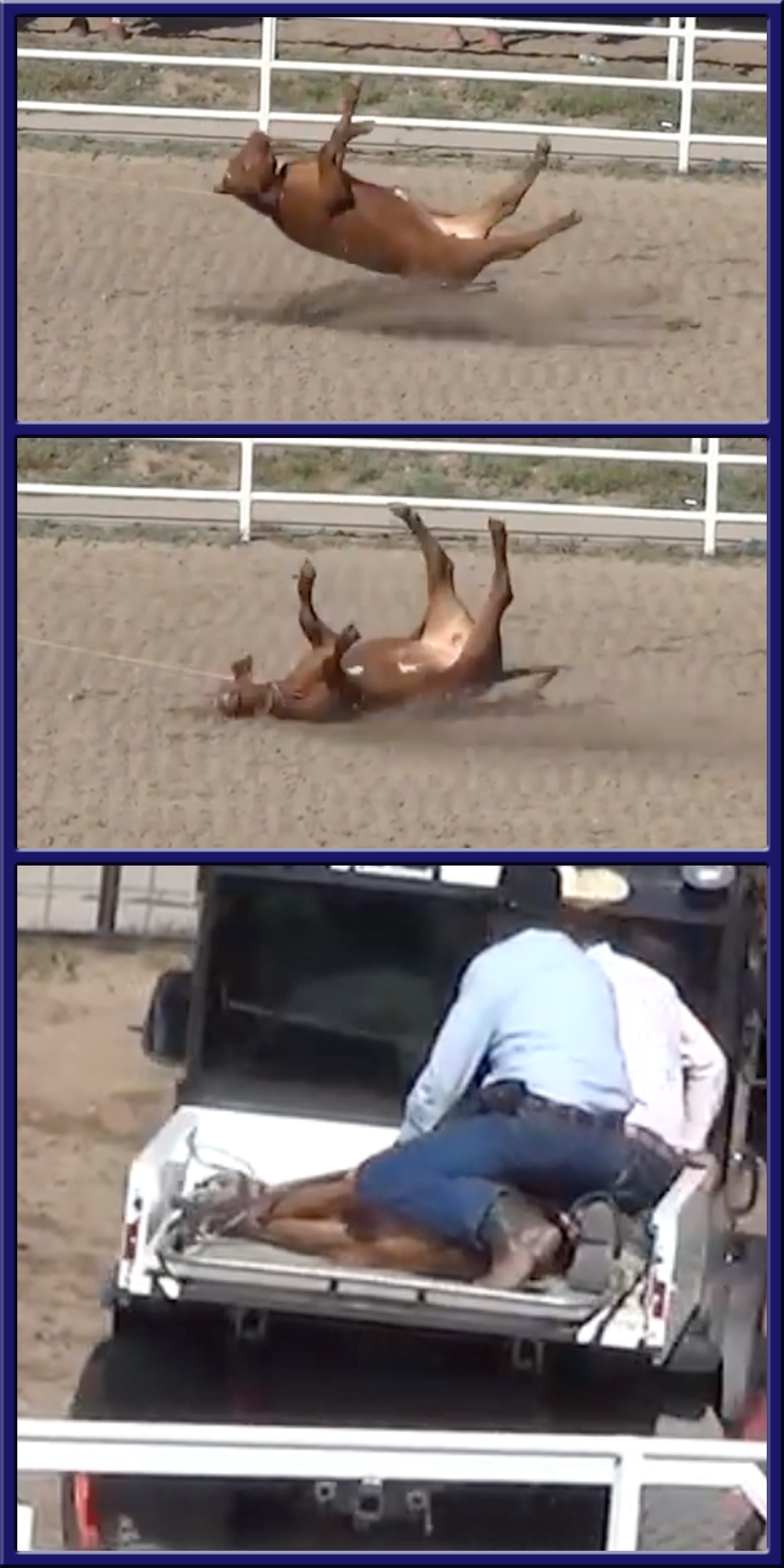 The young calf was roped by the neck, flung over herself, then slammed into the ground. She never got up and was carted away. If she was not already dead, she would most likely soon be.
There will be many more videos to come. In the meantime, please contact CFD sponsor Bank of the West and politely ask them to stop supporting vicious animal cruelty:

On July 19, 2016, SHARK was in Salinas, California to hold a press conference dealing with the cruelty and underreporting of injuries by the California Rodeo Salinas (CRS). You can see the entire press conference, where all of our evidence is displayed, in THIS video.

Read the story in The Californian

Watch the story from KOIN

Watch our latest videos from CRS:

SHARK filed complaints against CSR Veterinarian Tim Eastman for dramatically underreporting the number of animals injured to the California Veterinary Medical Board (CVMB), as required by state law. The Animal Legal Defense Fund filed a lawsuit against CSR on our behalf on this issue, however, the judge dismissed the case before even looking at SHARK’s evidence of animal injuries. We are now appealing that ruling. 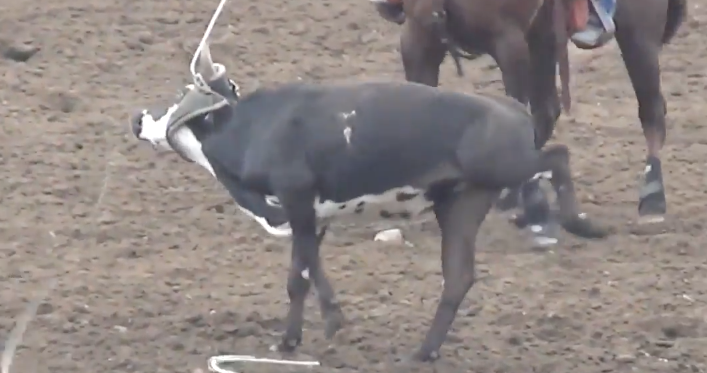 A steer injured at a previous CRS rodeo

Internal documents obtained through discovery revealed shocking information; a lobbyist working with the rodeo worked directly with the investigator for the CVMB on the complaint filed by SHARK. In an email written by that lobbyist, he wrote that the investigator “laughed” and said, “got it” after he disparaged SHARK and falsely claimed we were not honest.

Internal email from the lobbyist working with the CSR. The reaction of the supposed investigator shows the bias and unprofessionalism at work

That a state investigator worked with a lobbyist whose client was under investigation is simply an outrage. This is akin to a lobbyist working with a police officer to dismiss a drunk driving claim against a client. It’s inappropriate and we believe unethical. That is why we sent a letter to the Director of the California Department of Consumer Affairs (the parent agency of the CVMB) asking for a full investigation of the incident.

On June 25, Steve Hindi was interviewed on Animals Today Radio. You can hear the entire show on THIS link.

SHARK was at the AR2016 conference, and SHARK President Steve Hindi gave the movement a wake-up call, which you can watch on the following link:

Keith Wood is a bowhunter who participated in the cruel slaughter of cownose rays in Maryland on June 26th, 2016. He was mentioned in our first video, which you can see HERE.

Not only did Mr. Wood almost attack our investigator, but he posted on Facebook a picture of the first ever Grand Wizard of the KKK and praised the slave trade. Watch our new video on the following link:
Angry Bowhunter Praises the Slave Trade