The ad features game show host legend Bob Barker speaking out against the cruelty of pigeon shoots, while graphic images of the killing contests are shown. You can view the ad for yourself here:
Watch the ad HERE
Please check-out these articles and leave your comment to offset the opposition's negative comments.
The Patriot News - Pennlive

WHYY/NewsWorks
Pittsburgh Post-Gazette
Trib Total Media
Your donation of $50 will pay for one run of a spot on CNN, FOX News, MSNBC or Animal Planet - reaching tens of thousands of viewers in a city. $100 will pay for spots on a national news network in Pennsylvania. Please donate HERE.
Folks, yesterday we raised a total of $325 for ads. I thank those of you who donated, but to the rest of you I have to ask, is that all the pigeon shoot victims are worth? We need to blanket Pennsylvania with ads, and this should just be the start. Most Pennsylvanians don’t even realize that pigeon shoots still exist because the regular media doesn’t want to report it, fearing retribution from the NRA and its minions in political power.

I can guarantee you, that if the NRA came up with a television ad and made a donation request to pay for it, it would raise a fortune in a day, and many fortunes in the days that followed.

I remember a time when pigeon shoots were the major issue in the animal protection movement. What happened? I am tired of this movement losing our nonhuman friends to the animal abusers of the NRA! Come on, folks, let’s make this thing happen! Let’s take on the NRA and win for a change! 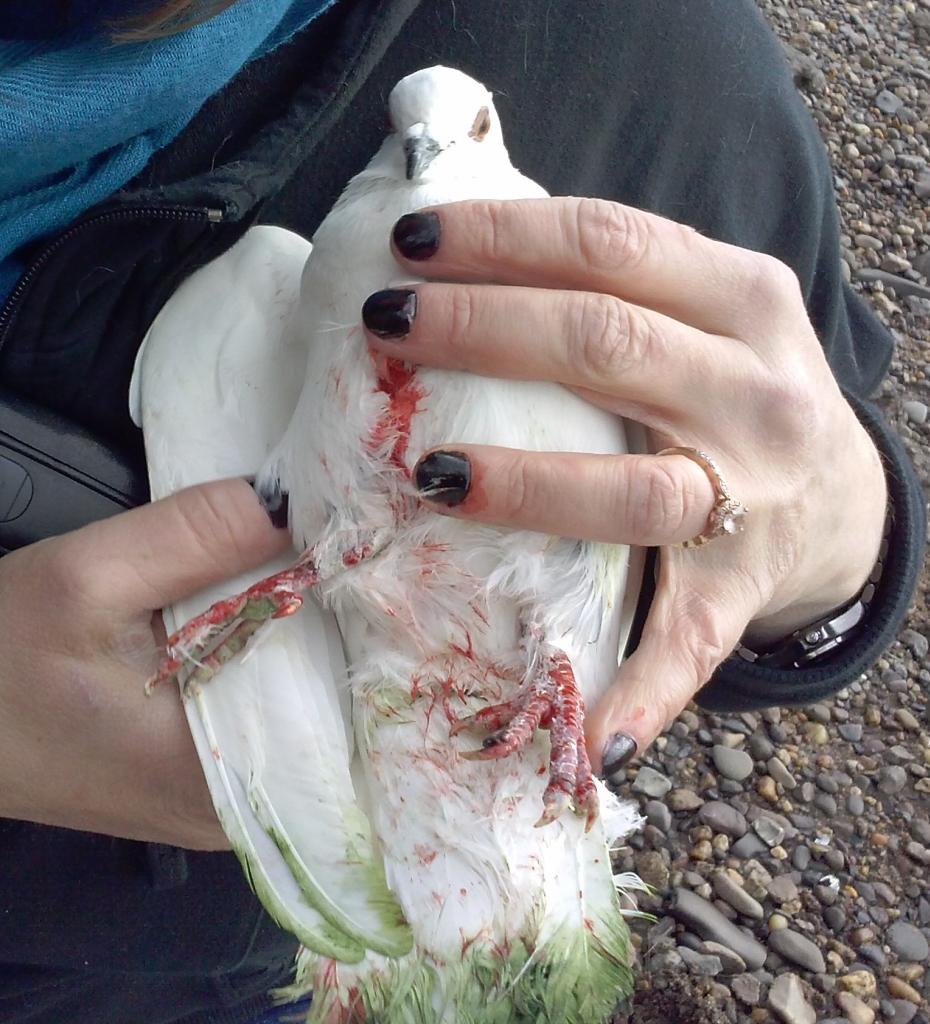 Another bloody victim of the cruel pigeon shoots.