Yesterday we told you that Tom Buchanan, a close ally of US Senator Jim Inhofe, was found by the US Office of Special Counsel to have violated federal law when he allowed Inhofe to use federal land to hold his pigeon shoot in 2014.

The Oklahoman has published an article about this, which you can see HERE.  This article was also carried on a number of other Oklahoma news websites.

"Federal investigators have determined a member of the Oklahoma Water Resources Board and general manager of a southwest Oklahoma irrigation district violated a federal law when he allowed U.S. Sen. Jim Inhofe and supporters onto public land for a political fundraiser in 2014.

On July 17, the U.S. Office of Special Counsel ruled Tom Buchanan, who is also president of the Oklahoma Farm Bureau, inadvertently violated the Hatch Act. The 1939 law prohibits the use of public funds for electoral purposes."

The article ends with, '"As long as Inhofe holds these disgusting pigeon shoots, we will continue to expose his cruelty and corruption to the world,” Hindi said."

We need to note that, though the article mentions a "scuffle" between SHARK President Steve Hindi and an Inhofe donor, if you watch our new video, you will see that the donor assaulted Steve was unprovoked.
Watch our new video HERE: 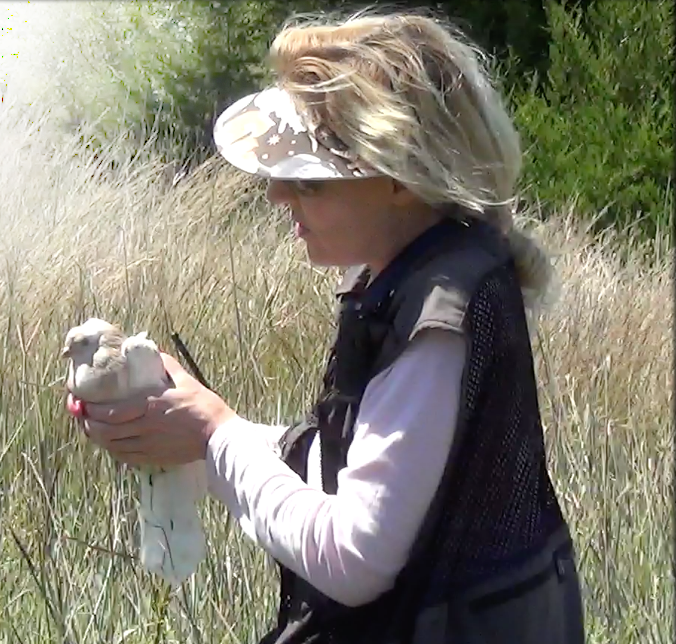 SHARK investigator Janet Enoch with one of Inhofe's innocent victims from the 2016 pigeon shoot that she had just rescued
We are sure that Inhofe was very unhappy to see himself once again associated with violations of federal law. That it has been three years since our explosive undercover investigation of his shoot, and he is still getting grief for it, proves that SHARK is relentless in our defense of the pigeons he brutally slaughtered. 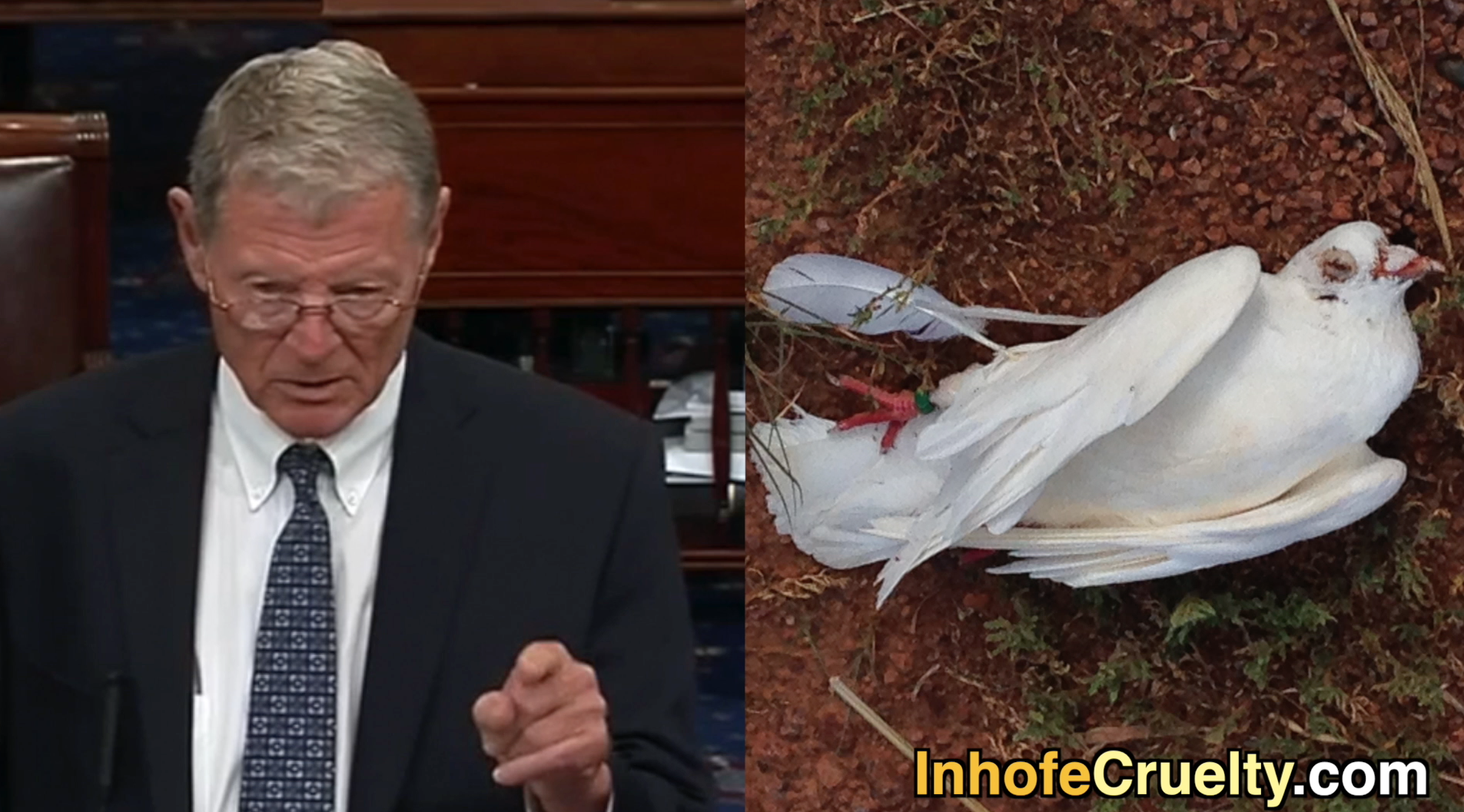 Jim Inhofe is a dishonorable and dishonest politician who has misused his power to protect himself and his friends from punishment for unlawful behavior. While others may fear Inhofe’s power, SHARK has never waived in our defense of the animals he slaughters for fun, and we never will.
Please call Senator Inhofe and let him know that as long as he holds pigeon shoots, SHARK will expose his cruelty and corruption. Please be polite and respectful: