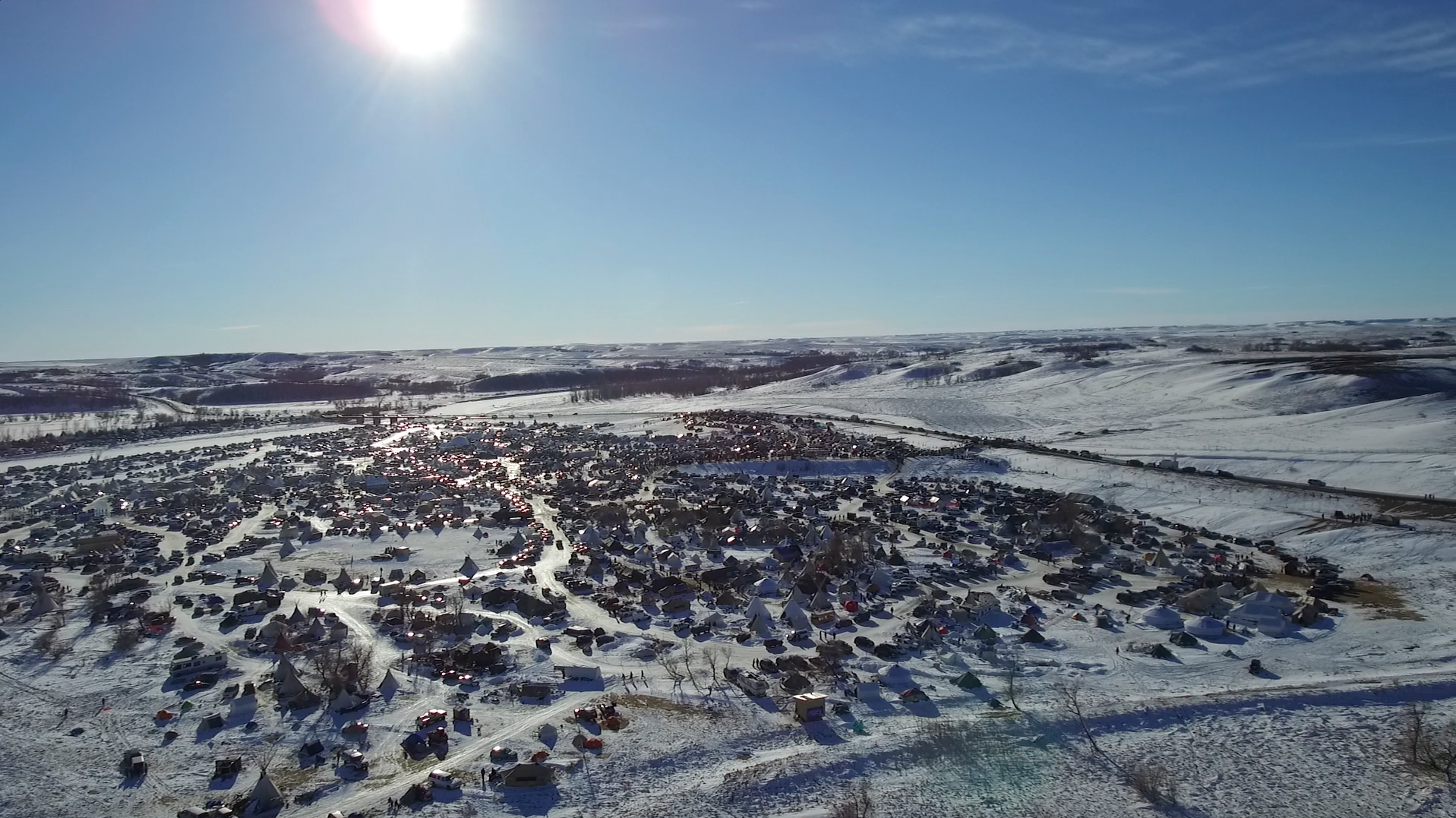 There are things I will always remember about the camp. Being readily offered food, one woman passing out warm socks to everyone who needed them. Another woman offering hot tea. A propane truck which was paid for by an anonymous donor would come through each day so people could refill their tanks for free. People cared about each other.

The community spirit made the difficulties of camp bearable, it solidified everyone’s determination to not let their fellow water protectors down. As the winter grew more harsh, there were a relative few who chose to leave, but then the veterans came in and started some serious building projects, erecting structures that were capable of withstanding the killer weather that would soon arrive.

There was power in this environment of determination and solidarity. Every day I thought about the scope of change that would occur if the animal protection movement had one-tenth the dedication of Standing Rock’s water protectors.

About a month ago I wrote about leaders of the animal protection movement falsely claiming we are "winning" just because they had few victories from the protected confines of conferences and galas in posh hotels. Winning a few battles does not equate to winning the war (just like winning a few states did not win the election for Hillary Clinton) and the animal movement is very far from winning the war. There were those who disagreed. Standing Rock is a study in true effectiveness - something our movement needs a lot of help with.

As I said earlier, there were perhaps a couple thousand people at camp when Mike and I arrived. The veterans who came in doubled that number. Let’s be generous and call it five thousand people.

Those five thousand people emerged victorious - at least temporarily - over a combined force of multination banks and billionaire investors, and a massive police force employing military, anti-riot and anti-terrorist tactics, even though there were no enemy soldiers, no riots and no terrorists - at least on the water protectors’ side.

Ex-Beatle Ringo Starr’s 1971 hit, It Don’t Come Easy includes the line, “Gotta pay your dues if you want to sing the blues, and you know it don’t come easy.” There are a hundred sayings that reiterate that theme. The point is that sacrifice and hard work - laying everything on the line for what really matters to you, whether it’s singing the blues, making a fortune, political success, protecting animals, human rights, the environment - whatever. 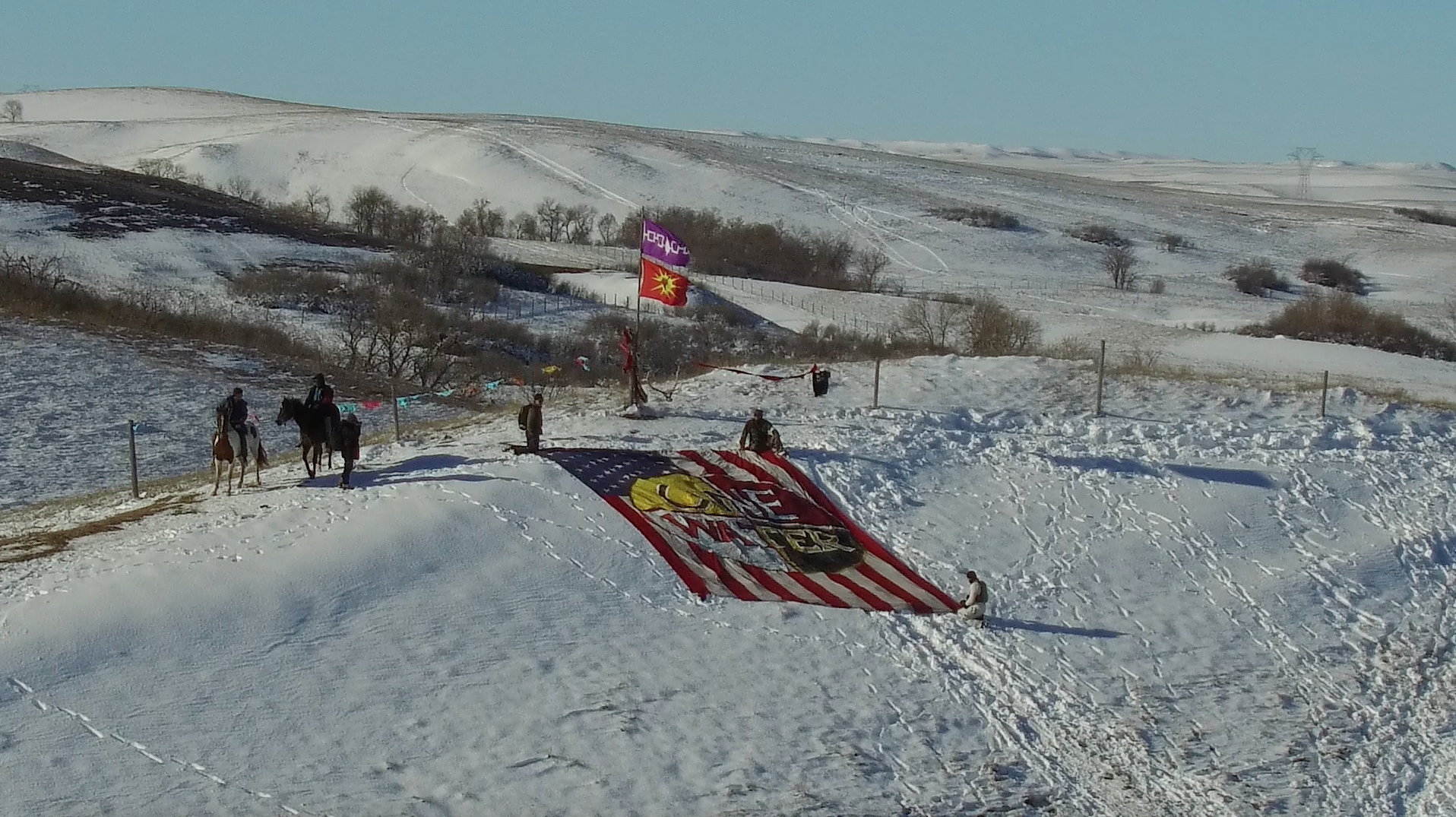 From SHARK's drone, military veterans observed placing a flag that reads
"One Water" on a hillside above Oceti Sakowin Camp (click to enlarge)

The water protectors, along with Mike and I were fortunate when President Obama brought the controversy to a close by refusing to grant the pipeline company a necessary easement. Within hours of the announcement, a blizzard arrived and temperatures fell to dangerous levels. We were stuck in Bismarck for two days, and then left only with great difficulty as winter continued to rage. 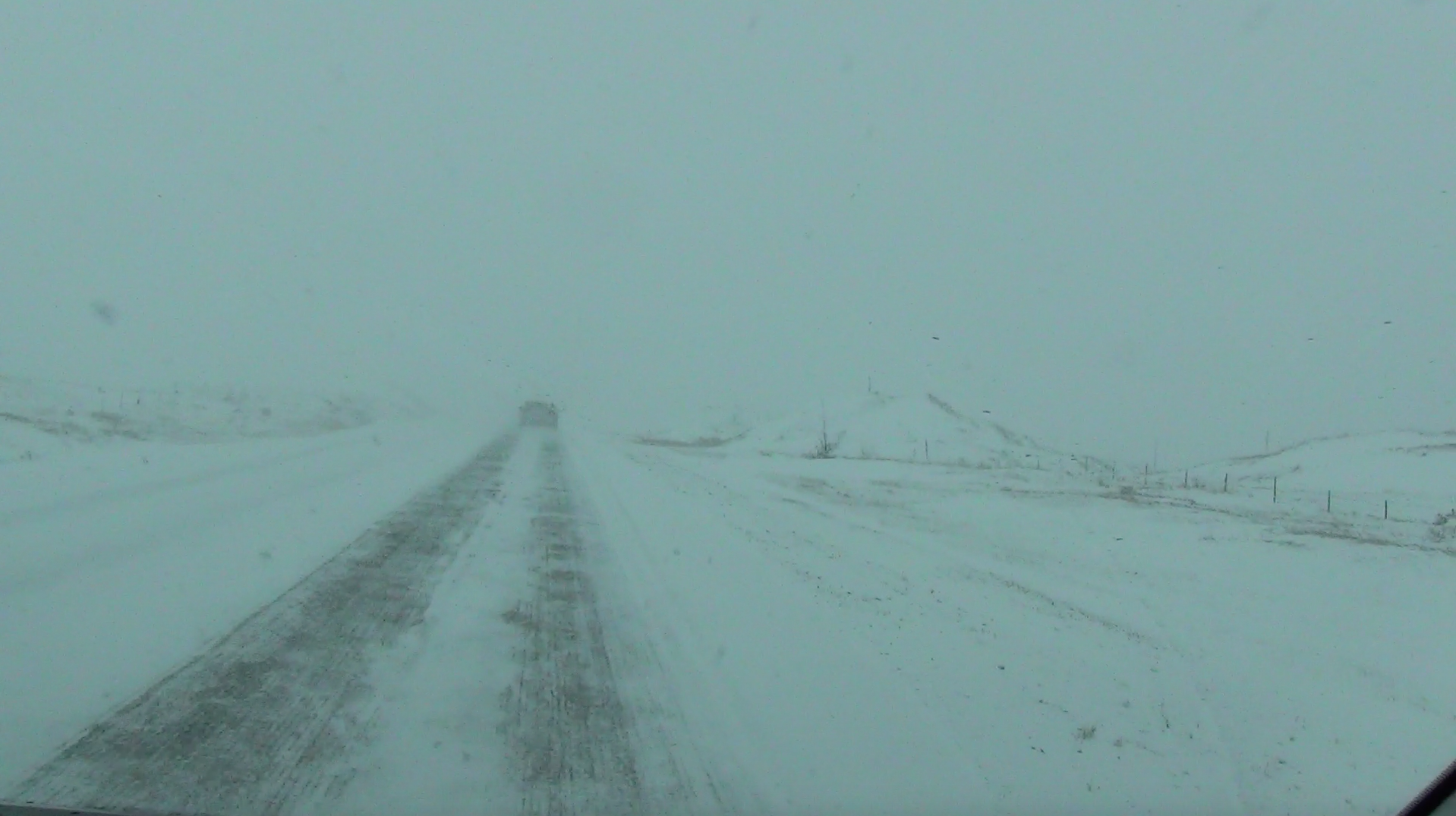 I’m glad we went to Standing Rock. Not only was it the right thing to do, but I witnessed again - this time outside the cause of animal protection - what happens when people stop making excuses, get off their butts and actually put themselves on the line for what they believe.

Laying it all on the line is something that the majority of supposed leaders of the animal protection movement abandoned a long time ago. Weak leaders have led to weak followers, and a weak movement. The animal protection movement is like a high performance race car that never makes it out of first gear. We’re moving, but at a crawl that will never win the race. Our cause is compelling, and ready to change the world, but success for so many of the leaders is counted in dollars raised, not lives saved.

I’ve been involved in many levels of animal protection - rescues, lobbying, protests, but SHARK’s focus has always been on front line work because it is the most effective. There are true heroes involved in the cause, but most of them don’t have the needed support because they don’t make the noise the big corporate groups do. The serious people focus on producing results for the animals, while the profiteers work primarily on marketing and fundraising. 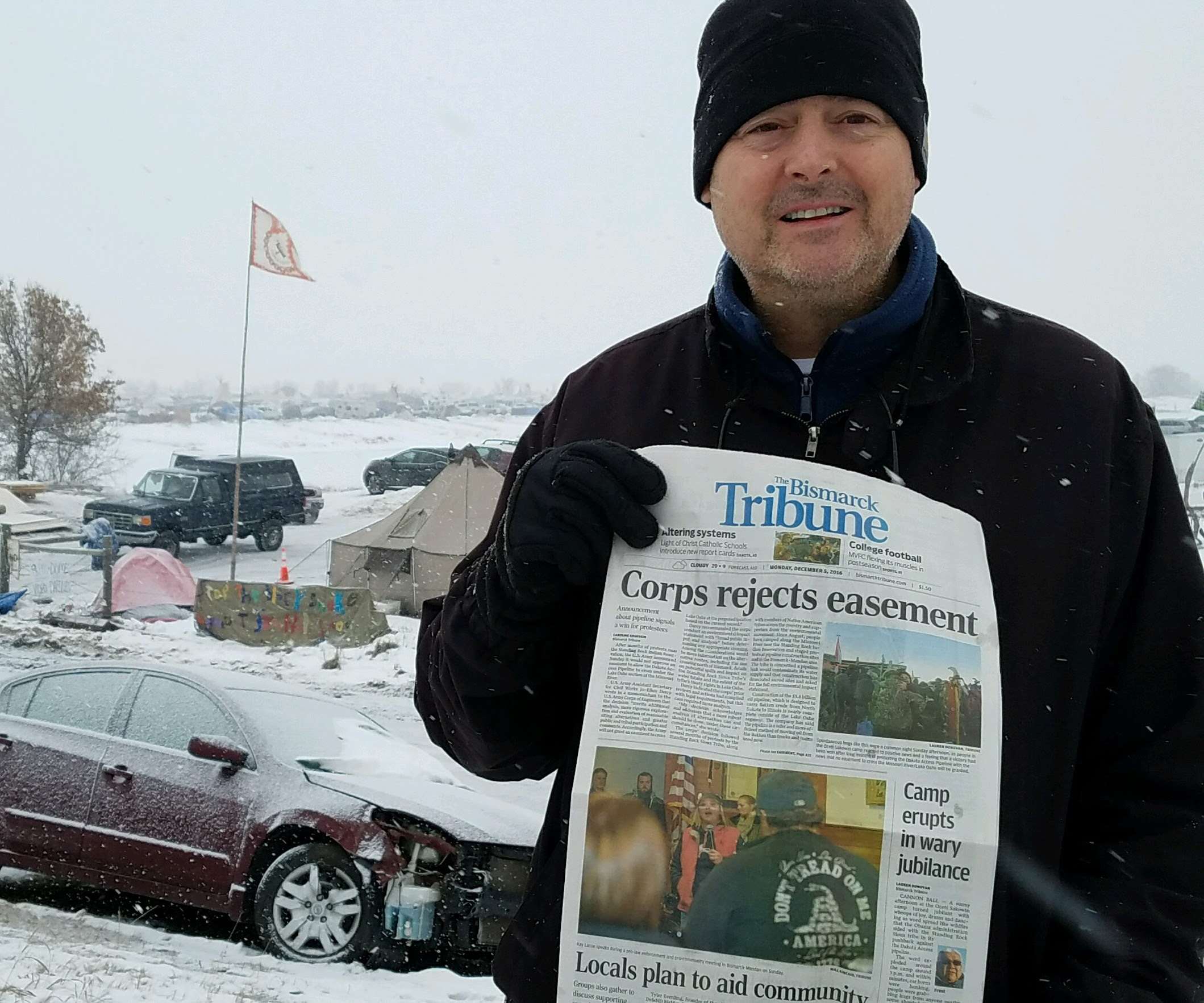 Non-humans deserve maximum performance from us. Protecting them is the only legitimate reason for this movement. The animal cause deserves a better movement. The half billion dollars collected annually in the US under the guise of helping animals demands a much higher level of accountability and accomplishments than exists today.

Sadly, most of the animal supporters - especially the big donors - are woefully uninformed, and have proven to be highly susceptible to having their egos stroked via awards, having things named after them, and having galas thrown in their honor. The big corporate groups have become masters of producing noise and disseminating false claims of success that sucks the money away from those who take real action and make significant progress.

The victory at Standing Rock may very well be only temporary. If another stand is needed, I expect people from SHARK will be there again, in addition to our other frontline efforts across the country - as many as we can afford. We know that the front line is where the heart of change resides. Everything else is just the ripple effect of what happens on the front line. 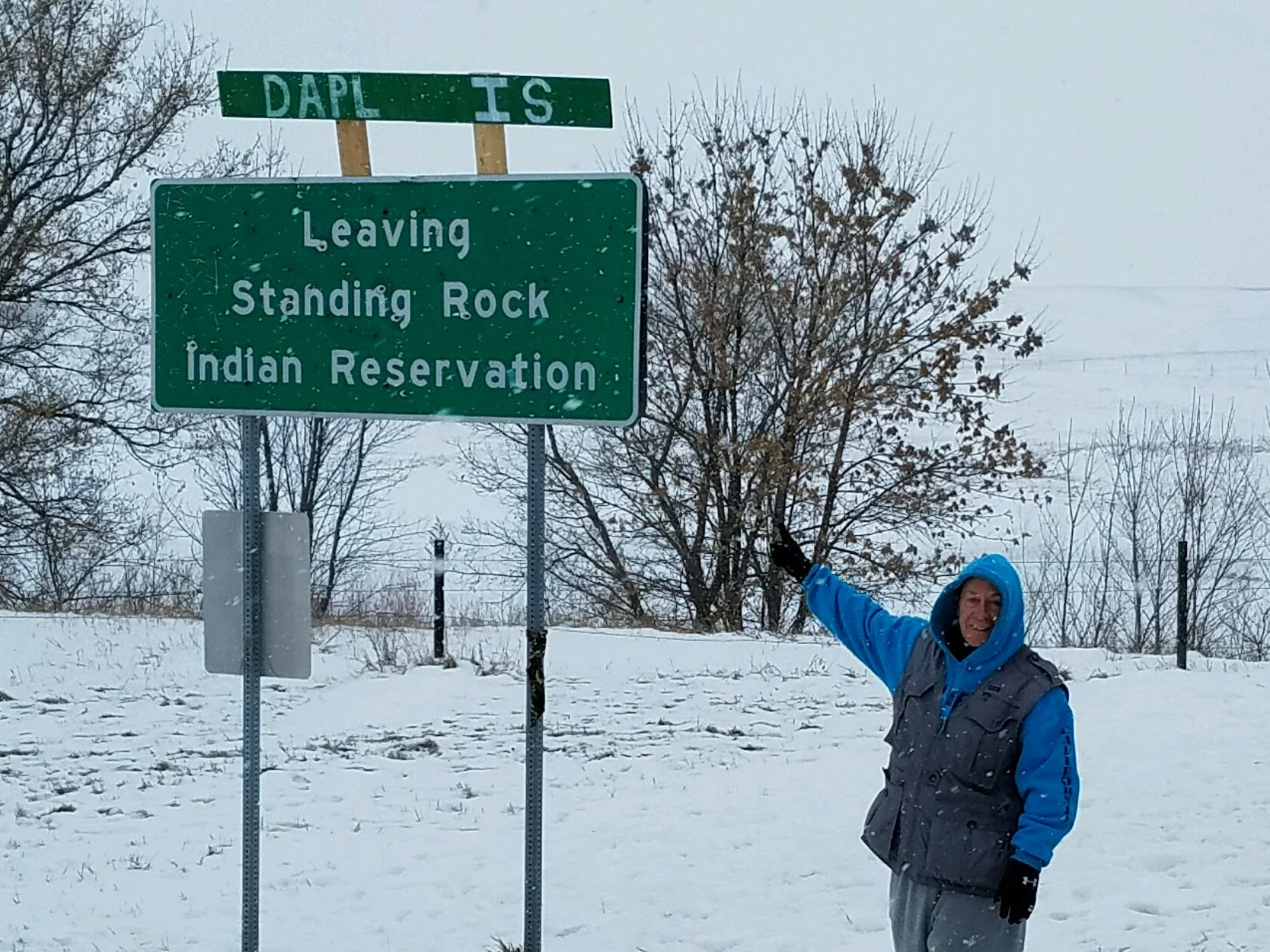 Victory for the Standing Rock Sioux Tribe! (click to enlarge)

Not everyone should be on the front line of animal protection. The truth is, most people can’t handle it, and the last thing a frontline team needs is someone falling apart, or can’t be relied on, or who needs babysitting when the going gets tough. What is tragic is that people in the animal protection movement support frontline groups so little, choosing instead to give their money to groups and individuals who mainly make noise while accomplishing a small fraction of what they should be with all the millions they have, make false claims, collect outrageous salaries, and in some cases, commit outright fraud.