Cockfighting is an illegal blood sport where roosters are trained to fight and kill each other. They often have sharp blades attached to their legs so they can tear each other apart.

Cockfighting is illegal in all 50 states, yet these bloody, barbaric events are ongoing across our country. SHARK has already taken the initiative against cockfighting by using our drones to film suspect rooster farms in Illinois and California. We are now announcing a new nationwide campaign called Crush Cockfighting, that will expose these illegal animal fights like never before, and we'll work hard to have those involved held accountable under the law. 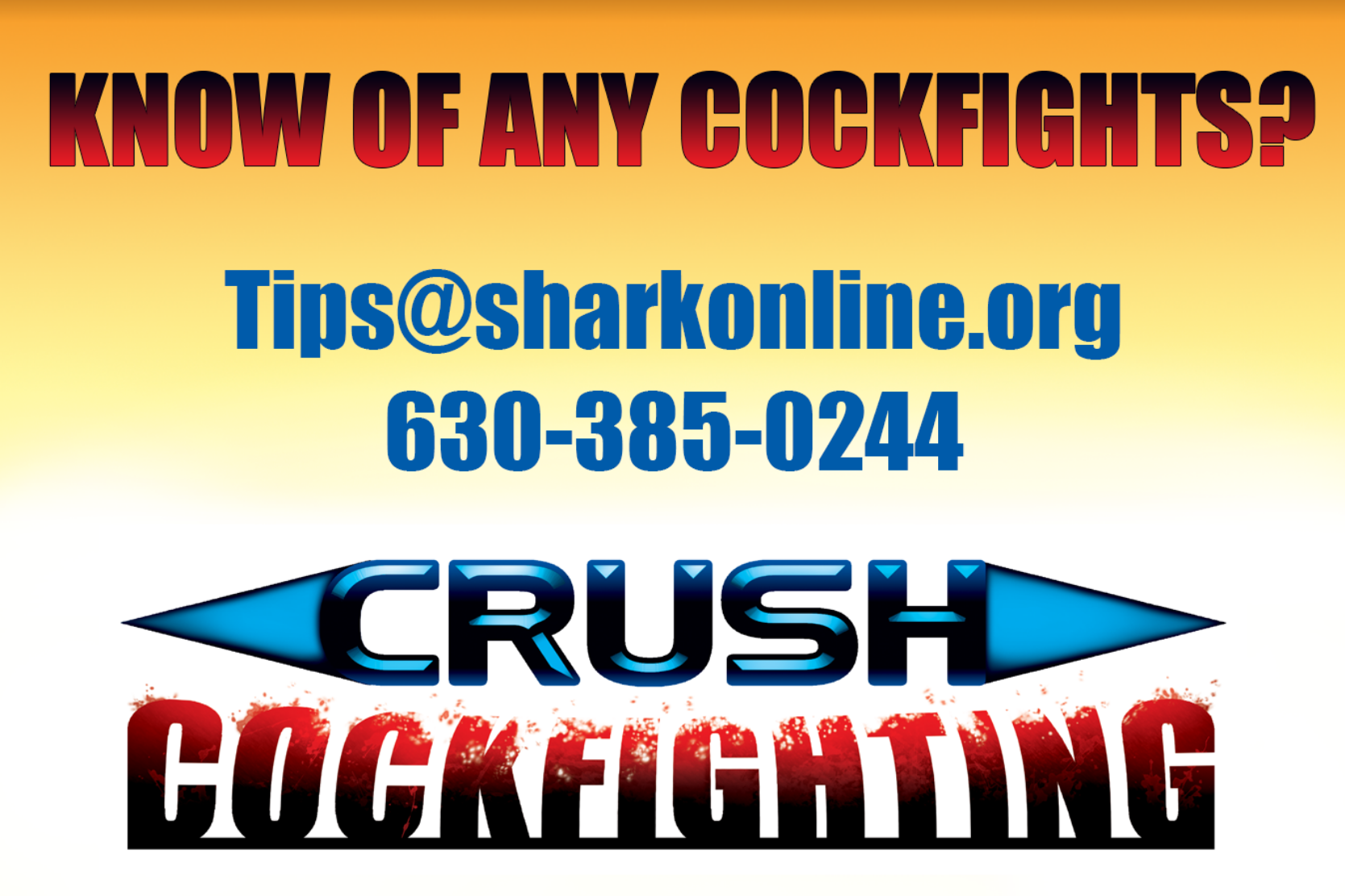 Thanks to these awesome animal welfare groups for standing with SHARK against cockfighting! (Click name for more information)