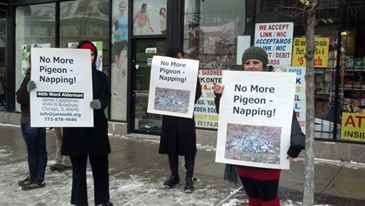 CHICAGO (CBS) — First it was pigeons and then, the homeless. Hundreds of protestors in uptown are angry at the alderman there over what they say are decisions that don’t respect his constituents, reports CBS 2’s Dana Kozlov.

The uproar in uptown started over a salvation army food truck. It culminated today in a protest, over what some call a misunderstanding and others call being misguided.

And all part of the protest outside 46th ward Alderman James Cappelman’s Uptown office, because protestors believe Cappelman told the Salvation Army – don’t feed the humans.

Click here to read the entire story and tio watch the video.