The Endangered Species Act is threatened under Trump and under Trump’s proposed budget, wild horses could be sold for slaughter. The U.S. Department of Agriculture removed access to animal welfare records and Trump supports NRA legislation to restrict the National Parks Service from regulating hunting, which would include allowing bears and their cubs to be killed right in their dens. And let’s not forget that Trump and his sons, Eric and Don Jr., are notoriously very pro-trophy hunting (see photo below). This is not a left/right or Democrat/Republican issue, and it’s not something that can be blamed on the media. This is about an individual who poses a real danger to the animals we seek to protect. 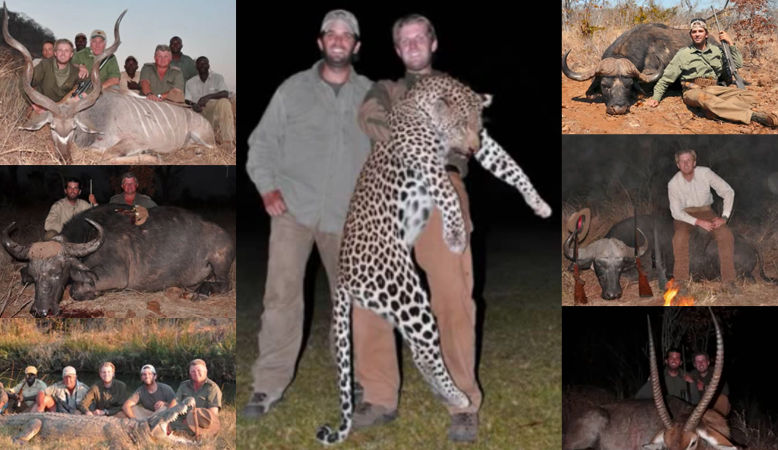 While there have been many social issues inflamed by Donald Trump, we particularly cannot ignore how Trump has given cover to hate groups, especially when he tried to equalize blame for what happened at a pro-Nazi/racist rally in Charlottesville, in which a woman was killed.  If you participate in the same rally where swastikas are proudly held, you are not a “fine” person.

There are times when it is incumbent upon us as citizens of this great country to rise and take a stand. Trump embraced corruption and hatred during his campaign, and now as president, we believe it is our moral duty to speak out. We would do so no matter what banner he flew.

To those who choose to withdraw their support because of this stand, we wish to be perfectly clear. If speaking out means SHARK loses donations, then we will lose donations. Those donors should keep their money, and we will keep our ethics.