We have great news to share! A major cockfight that was supposed to happen this past Saturday in Ohio was shutdown by SHARK!

This happened in Lawrence County, Ohio - the same location where cockfighters brutally attacked SHARK President Steve Hindi and drove another SHARK Investigator off the road after they repeatedly rammed his vehicle four weeks ago. Last Saturday we showed these violent, animal abusing criminals that SHARK backs down to no one.

Here’s how it went down: We had two teams in OH that night. One team was near the property where the cockfight was going to happen, outside Waterloo, Ohio. The second team was at the Lawrence County Sheriff’s Office headquarters, in Ironton, Ohio. At around 6 PM, and once the first team confirmed there was going to be a fight, the second team walked into the sheriff's headquarters and reported the cockfight. Shockingly, the Sheriff’s department resisted sending anyone out to the site! 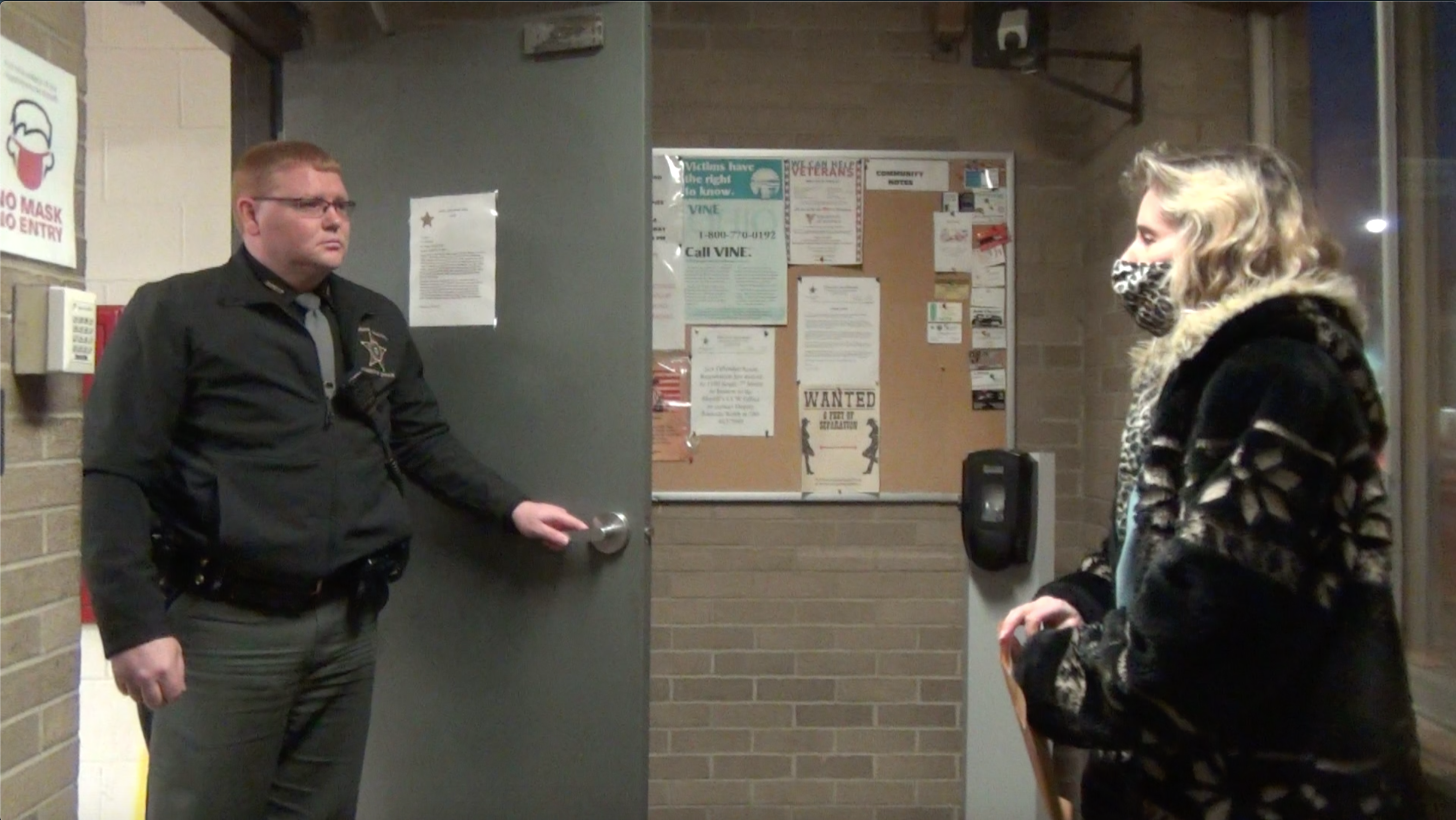 SHARK investigator Janet Enoch reports the cockfight at the headquarters of the Lawrence County Sheriff's Office. Deputy Jeremy Hanshaw, maskless, was more concerned about our cameras than in felony criminal behavior

Given the refusal of the police to do their job, we put out an emergency action alert asking for caring people to call the sheriff’s office and demand they take action. We gratefully thank all of you who responded! As the calls came in, the sheriff’s staff still resisted! A shift change occurred at 8 PM. The new commander came out to talk to us at 8:30, and after a brief discussion, he said he would go to the site himself. 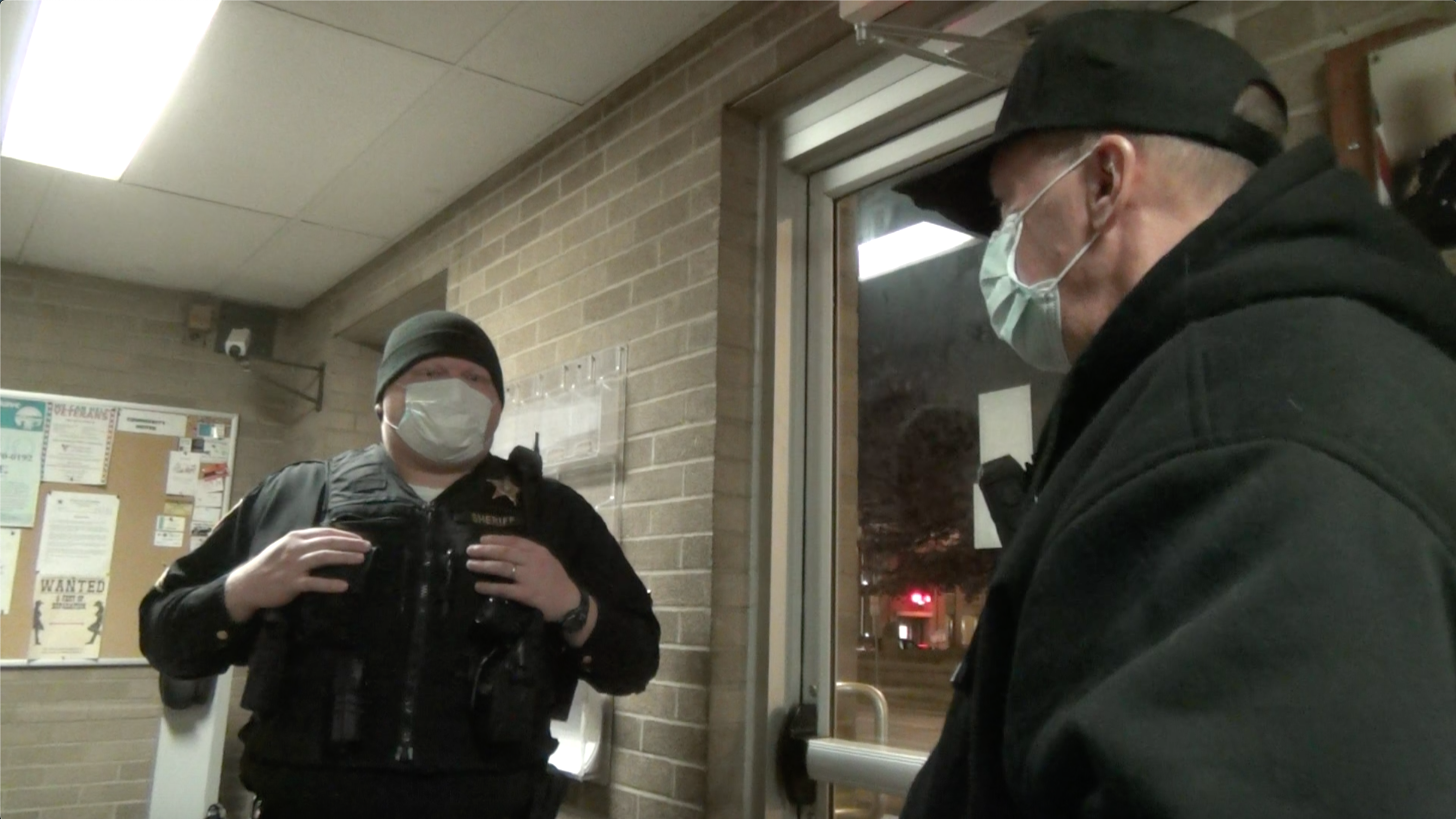 A masked Deputy Chaffins agrees to go out to the cockfight location. Unfortunately, hours had passed by that time.

During the almost three hours between our first alerting the Sheriff’s office, and the arrival of the new on-duty commander, the cockfighters got word of our efforts. They shut down and fled, almost certainly before the fighting even started. Given that shutting down cruel cockfights and keeping birds from being killed is our main goal, this is a major victory. As for the cockfighters, they lost a lot of money. 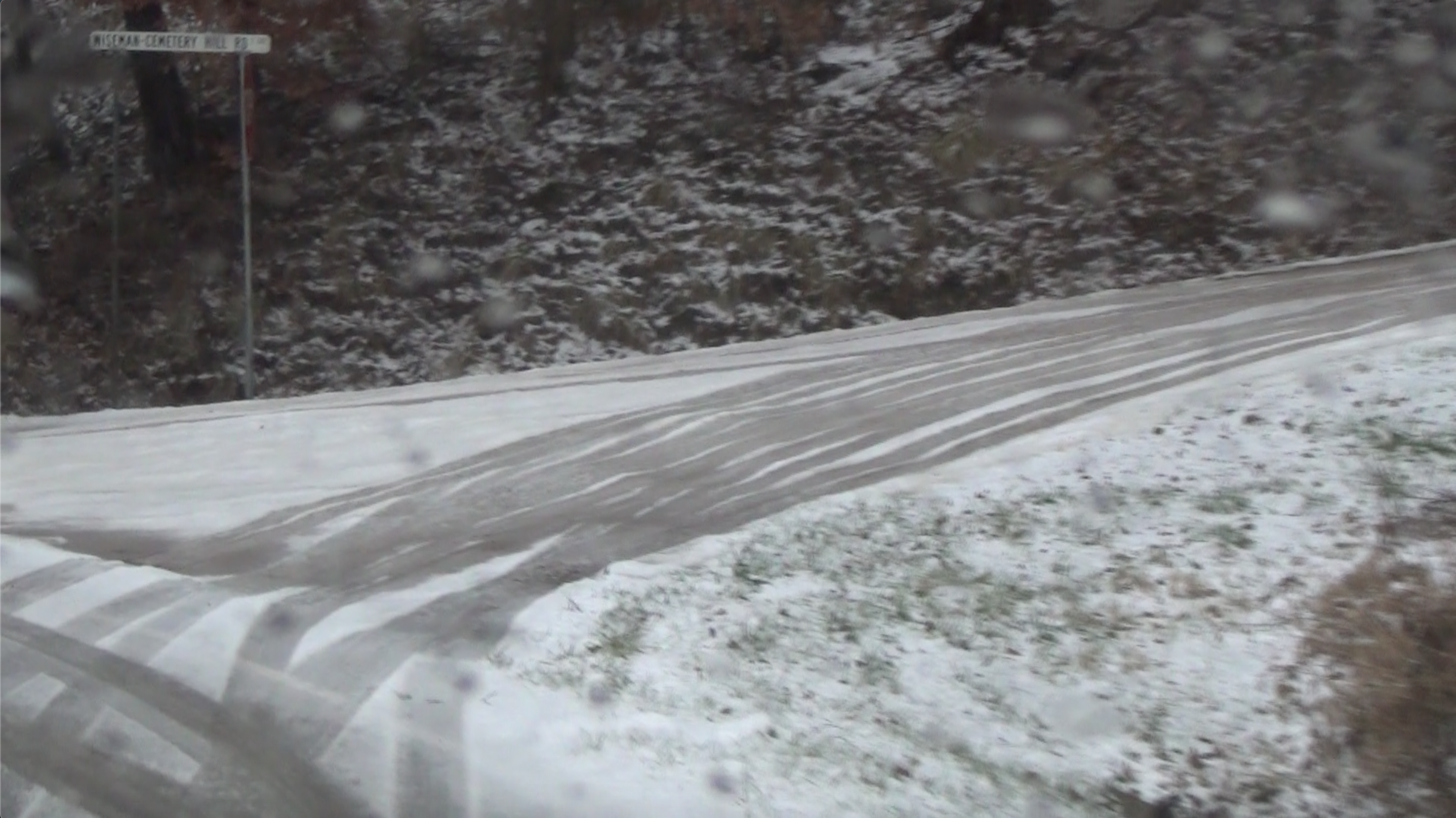 This is end of the little-used road to the cockfighting property. Winter precipitation betrayed the mass-exodus of cowardly cockfighters during the night.

Unfortunately, there were no arrests, because they had fled long before police arrived. We obviously need to expose the corruption within the Lawrence County Sheriff's Office. That said, we believe that not everyone in the sheriff's office are corrupt, so SHARK president Steve Hindi made a video right in the sheriff's office asking the good officers to contact us, anonymously if needed, with information that may help our investigation.

Cockfights are illegal across the US - in all fifty states - by both state and federal laws. These are criminal organizations that also act as a conduit for illegal drugs, weapons, gangs and prostitution. And while we would prefer they all spend time in jail, we also know that police action may take weeks or months and in the meantime, thousands of birds will die horrible deaths. As we’ve also seen in Clay County KY, and in Lawrence County, sometimes the police are either in on the cockfighting, or they simply refuse to do the right thing. Therefore, shutting cockfights down by exposing them is the most effective way to save lives.

SHARK and the Humane Farming Association’s Crush Cockfighting campaign is unique in the animal protection movement.  We shut down numerous cockfights in multiple states, including Kentucky, North Carolina and Ohio. The list of states will expand enormously over the coming months, as cockfighting is a nationwide scourge.

While some groups pretend that sending out meaningless press releases will stop these criminals, we are showing the way to victory through example. We're not interested in photo ops with the police so that we can do fundraisers. We are absolutely determined to stop cockfighting, and will expose corrupt police and cockfighters if that is what it takes.

Our steadfast efforts against cockfighting in the face of violence and death threats has caused significant and lasting damage inside the cockfighting world. One of the best gauges of our success is to be found in the price of fighting roosters. Before our campaign, fighting roosters could be sold for anywhere from a few hundred, up to thousands of dollars. Today, those prices are down to a tiny fraction. Numerous breeders are getting out of the business, and those breeders remaining are having to cut their breeding operations back drastically.

Today, cockfighters nationwide are losing vast amounts of money, and they are constantly looking over their shoulders to see if we are coming after them next.  You may not see everything we are doing just yet, or the effect of our efforts, but you may rest assured that the blight of cockfighting has never been hit so hard, or taken so much damage.

The other thing that is so important to understand is that this campaign is taking an enormous amount of time, effort, and expense. The travel, lodging and food for our team, not to mention equipment and supplies, wear and tear on vehicles, etc., is an enormous drain on both SHARK and the Humane Farming Association. We are continuing, but our resources are thin. We ask that you please contribute to our efforts. There is no one who will fight for these exploited animals like we have.