In 2012, we video-documented cruel acts of "horse tripping" (where rodeo riders rope horses around their legs, which brings them crashing to the ground) at the Big Loop Rodeo in Jordan Valley, Oregon. The video of this animal abuse had more than 200,000 views, and it sparked a movement in the Oregon Legislature to ban horse tripping. You can watch that video here:

On May 18, 2013, when SHARK went to the 2013 Big Loop Rodeo, the Malheur County Sheriff's Department, which has strong financial and personal ties to the rodeo, violently arrested a SHARK investigator whose only crime was videotaping a cruel event that many Oregon lawmakers were trying to ban (the law subsequently passed and will take effect January 1, 2014). An event that more than a dozen renowned horse experts who oppose horse tripping, including Dr. Temple Grandin, Dr. Marc Bekoff and Dr. Bernard Rollin, have written strong statements against (you can read those statements here: http://www.sharkonline.org/images/handouts/expertsagainsthorsetripping.pdf). Another investigator was forced to leave the premises. 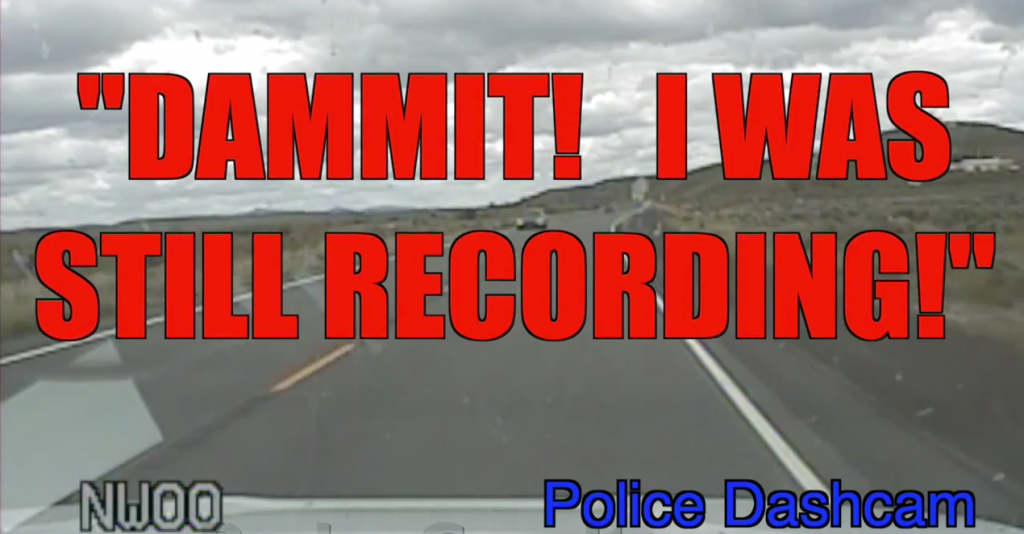 Due to this abuse of power, SHARK President Steve Hindi immediately flew from Illinois to Oregon to attend the rodeo the next day. Though he was legally at the rodeo and was not violating any of the rodeo rules, Hindi was asked to leave by the Sheriff's deputies. Hindi left of his own free will. As Hindi drove away from the rodeo, he saw that he was being followed by two Malheur County Sheriff's vehicles. Ten miles away from the rodeo location, Sheriff's Deputies Brian Belnap and Brian Beck, without any legal reason, performed a traffic stop and held Hindi before declaring that he was "permanently trespassed" from the Jordan Valley Rodeo and that he would be arrested if he ever returned.

This entire incident from Hindi's perspective was filmed and can be seen here:

Knowing that there must be more to this story, SHARK, using Oregon's open records law, received the camera recordings from the Sheriff's deputies dash board camera and a body camera. What we saw was shocking; the deputies admitted:

• That they didn't want to pull Hindi over.

• That all this had happened because of the [Jordan Valley] Rodeo Board.

• You can also watch as they plot a reason, after stopping Hindi, to justify their illegal action. They then acknowledge that they will probably be sued for what they had done to him.

• At the end you will also hear one yell "Dammit! I was still recording!" Meaning that they knew what they had just said was evidence of their wrongdoing.

The edited version of those videos is below:

Corrupt Cops Caught by Their Own Cruiser Camera!!!

(Please note that the audio for the first 30 seconds of the Dash Cam video appear to have been erased. We can only assume that, as that directly preceded the deputies stopping Hindi, that it contained damaging evidence).

"The Sheriff's deputies openly spoke about their misconduct because they simply forgot they were being recorded," states Hindi. "First they stalked me by following me for 10 miles after I left the rodeo, then they held me without cause while conspiring to plot a reason for the illegal stop. Finally they threatened me with arrest if I ever returned to the rodeo. Police are given extraordinary powers and when they abuse that power, and act like armed security for a private business, as the Malheur County officers did for the Big Loop Rodeo, they must be held accountable."

SHARK is filing an official complaint against the Malheur County Sheriff's department with both the Oregon Attorney General and the United States Justice Department. We are calling for all the officers involved with these incidents be immediately suspended.

That complaint, which contains more details of the Department's ties to the rodeo as well as transcriptions from the video, can be read here: http://www.sharkonline.org/images/handouts/AttorneyGeneralRosenblumComplaint.pdf

In 2014, SHARK returned and things were very different!

Interestingly, the sheriff’s department sent only professional officers to the 2014 rodeo. Gone were the badge-carrying rodeo minions. What a difference a year can make, especially when you file a federal lawsuit! You can read about the settlement here.Some people think you can’t stand up to corrupt police, but we’ve done it successfully time and time again. Not all police are corrupt, but when you find those that are, I believe it is a duty to stand up for what is right.Also very different was the rodeo itself, because Oregon passed a law banning horse tripping. Going by the performance of sheriff’s deputies in 2013, we thought they would not enforce the ban this year, but they did, and we applaud Sheriff Wolfe for getting the job done this time around.

Some people think that rodeos can’t be changed, but the Big Loop Rodeo has proven otherwise, and it is just the latest example. SHARK’s exposure of rodeo animal shocking has  knocked most of that particular abuse out, and we continue to expose it on the rare occasions that we still find it. The same goes for tail twisting and tail raking over metal bars. Rodeos throughout the US have changed for fear of being exposed by SHARK cameras.