The True History of Cowboys as Sex Slaves

My ancestors lived, worked, settled, unsettled, and died on the Old West frontier, on both sides of my family and both sides of the law. There are not many Old West roles that some of them didn't play. They were sodbusters, carpenters, mechanics, horsebrokers, outlaws, lawmen, some of the first corn-growers in Iowa, wheat-growers in Montana, and "Okies" driven out of the Depression-era dustbowl.

One of my ancestors bested Frank James--with Jesse James as referee--in a bareknuckled brawl to keep his prized horse, near Lenox, Iowa, during the aftermath of the infamous Northfield Raid.

Another possible ancestor was the notorious Dan "Dynamite Dick" Clifton, who won his nickname by blowing himself out the side of a moving train while trying to crack a safe. Surrounded by a mounted posse on November 7, 1897, on the Sid Williams farm near Checotah, Oklahoma, he suffered a broken arm and was knocked out of his saddle by the first shot fired, but landed on his feet and outran the lawmen until sundown. 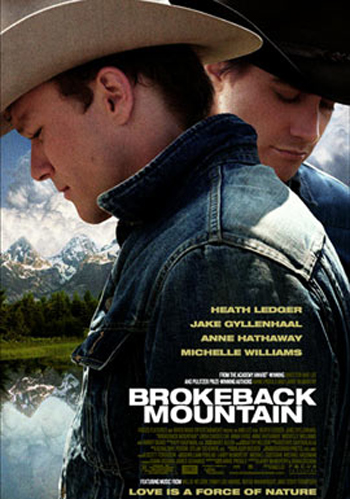 According to Richard Patterson in Historical Atlas of the Outlaw West, "The posse was just about to give up when they discovered a tiny cabin in one of the thickest areas of the woods. On the chance that he might be inside, the lawmen fired their Winchesters in the air and shouted that they were going to burn the cabin down. In a few minutes an Indian woman and a child emerged. Shortly thereafter, the door was suddenly kicked open and Clifton rushed out, guns blazing. He made only a few yards before bullets cut him down. Two days later he was buried at the government's expense in the town cemetary at Muskogee."

My ancestors, especially the Cliftons, left their name on mining and lumbering camps from the no-man's-land between Quebec and the Thirteen Colonies to the mouth of the Columbia river. They included hunters, trappers, and sometime cowboys--and their legacy to me includes a realistic appreciation of who the Old West cowboys really were.

They most definitely were not rodeo-riders, nor rodeo fans, nor people who glorified the cowboy life when and if they were able to escape it. Most cowboys were boys, literally, who were deemed expendible because they were orphans, immigrants, Indians, half-breeds, or former slaves, with little education, no job skills, and no one to miss them if they happened to be killed on the job.

There is a myth that cowboys were drawn heavily from among the ranks of dispossessed and displaced former Confederate soldiers, as well as former U.S. cavalrymen. Actually, these sources supplied range bosses, and many of them were literally former slavedrivers.

Initially, cowboying was much like sheep-herding back in Europe. It consisted mostly of keeping track of the animals, chasing away predators, and alerting the master to rustling. The first cowboys rarely had horses. But Old West cowboy work was far more dangerous than European sheep-herding, not only because of the threats resulting from semi-perpetual war with hostile Indians and the presence of grizzly bears and pumas, but also because of the great distances between sources of help, food, and water, which necessitated the gradual introduction of mounted cowboys, and of firearms as a frequent cowboy accessory, among those cowboys who could get them.

As the frontier moved farther west, older cowboys especially--meaning cowboys barely older than today's high school students--became more heavily armed. They also became more predisposed to murdering one another in juvenile disputes misremembered today as heroic gunfights. Mark Twain accurately and thoroughly described the realities of Old West cowboying and gunfighting in his first book, Roughing It, and other authors including Jack London and Joaquin Miller, who actually were onetime cowboys, eloquently affirmed that the general reality of cowboy-work was child labor, even quasi-slavery. The conditions were much more congenial, because of the chance to work outdoors, than the conditions of the 19th century factories where other children labored, but were no less deadly. Rarely did a cowboy live past the age of 21.

Cowboys were heavily exploited and usually brutally treated until such time as they became able to beg, borrow, buy or steal a gun. They were used not only as cheap and disposable labor, but also for sexual release by older and stronger men. Such adult men used the pretext of a scarcity of women to establish enforced homosexual relationships in remote camps and ranches comparable to the relationships for which today's prisons are notorious.

The high incidence of pederasty and homosexual rape is the great dirty secret of the Old West frontier--and yet this is not from any lack of contemporary accounts which document or hint at it, including the famed woodcuts of men dancing with boys, descriptions of the practices of multiple men sleeping in single beds (as if there wasn't room enough out West for everyone to throw down his own bedroll), jokes about turns in the barrel, and the lyrics of certain Old West songs in which young men seem to be given women's names.

Indeed, the macho attitude traditionally affected by cowboys and gunfighters may have reflected the personal sexual insecurity of young men who often had little contact with women from the time they were first sent out on the range in their early teens, until a decade or more later--if they survived long enough and developed skills sufficient to get work back in town.

Meanwhile, many were "used as women" as the phrase of the day put it, unless they dared resist their masters, which could require murder. Such may have been the beginning of the story of Billy The Kid, among many others.

Once free, gunning down other young men little different from themselves was evidently for many gunslinging cowboys a form of venting the self-hatred of rape victims.

Those cowboys who survived to physical maturity typically seized upon any opportunity to do almost anything else for a living. Thus they became military cannon-fodder, participated in the commercial slaughter of the North American bison and the massacre of Native Americans, and joined in great numbers the mining rushes to California, Nevada, and Alaska.

Only after the Old West cowboy era had receded from the direct memories of most Americans could Roy Rogers, Gene Autry, et al reinvent their legacy. Much as minstrel shows reinvented slaves as happy-go-lucky banjo-pickers, cowboy movies reinvented cowboys as guitar-twanging knights errant. Only then did rodeo rise from being a regionally isolated remnant of lower-class Spanish culture to spread across the West as part and parcel of forgetting, as a culture, a set of truths too painful to confront. Only then could cowboy legends like Shane be invented, in which the boys are all grown men. Only then could the realistic depiction in Shane of a rancher hiring a gunslinger to help enforce his version of order be separated from the reality that such gunslingers were hired not just to deal with sodbusters, but also to keep the actual cowboys from resisting the rancher's authority.

Shane in truth was a story of sodbusters fighting range bosses, not cowboys per se. Real cowboys, undoubtedly off tending the cattle, scarcely appear--except for the silent, seemingly self-hating hero Shane himself, an apparent former cowboy who is unable to shake his unmentioned past, even in a blaze of gunfire that leaves three range bosses dead.

Shane's quest is for self-respect. He never seeks it at anything so absurd or pointless as rodeo. Rather, he seeks it through trying to free others of the tyranny of cowboy culture, even at cost of becoming one of the casualties. What Shane knows and Little Joey doesn't, as he rides away and Little Joey cries, "Come back, Shane!", is that the reality of cowboy life was not to be emulated and perpetuated--and Shane was too honest a man to want to tell the boy lies.