The CFD Thunderbird show is been canceled for 2013 due to "the implementation of across-the-board cuts in federal spending." Read more here.

The Cheyenne Frontier Days Rodeo is one of the most cruel and brutal rodeos in the country. SHARK has repeatedly documented, and the media has exposed, the brutality, maiming, and deaths that are part and parcel of this rodeo.

Some of the most prominent sponsors of the Cheyenne Frontier Days Rodeo, as well as other rodeos include, Coca-Cola, Sams Club/Walmart, Dodge vehicles, and McDonalds. SHARK has supplied these companies with overwhelming and irrefutable evidence of the cruelty that they "proudly" support. We were, however, profoundly dissappointed and surprised to find The United States Air Force Thunderbirds Aerobatic Flight Team supporting this cruelty contest. 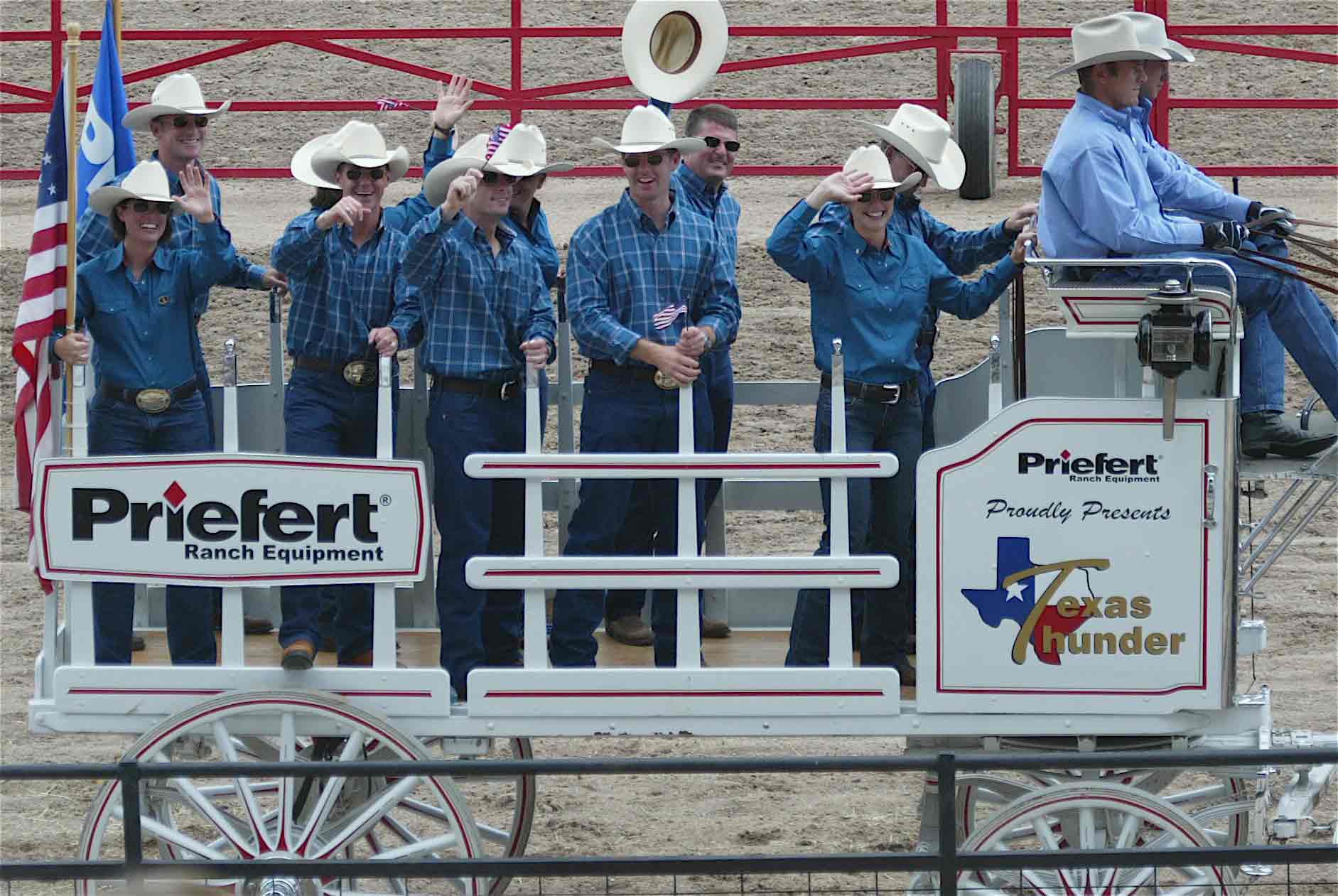 Here members of the USAF Thunderbirds wave to the crowd at Cheyenne Frontier Days Rodeo 2007, while injured and dying animals are suffering behind the scenes.

The Thunderbirds are very popular with the public, and in the interest of maintaining their shining reputation, the aerobatic team should not lower itself to supporting animal abuse. SHARK's documentation of the abuse at the Cheyenne Frontier Days Rodeo should be more than enough to persuade any decent, self-respecting organization to steer clear.

SHARK and many other compassionate fans have sent the Thunderbirds letters protesting their involvement and requesting a meeting on this issue. Additionally, SHARK sent informational packages including video footage and still pictures of horses being shocked, and animals being injured, as well as newspaper articles exposing the abuse.

Possibly even more appalling is SHARK's discovery that the Air Force recently spent the day giving joyrides to two rodeo announcers. Read more about this here.

WHAT CAN YOU DO?

You can help in a big way by contacting the Thunderbirds and asking them to withdraw from any future involvement in the Cheyenne Frontier Days Rodeo, or any other form of animal abuse.

You can learn more about rodeo cruelty and the corporations who make it happen with their sponsorship dollars at CorporateThugs.com.