Mr. Hunsicker was arrested Arizona.  Mr. Hunsicker pled guilty to harassment by telephone.  He was allegedly given 18 months of probation and paid a hefty fine.

An arrest warrant is outstanding for Cole William Hunsicker on the charge of "Felony Intimidation". Hunsicker, a 2007 finalist with the Montana High School Rodeo Association, made phone death threats to SHARK's office.

In one of his numerous calls, Mr. Hunsicker stated:

What a fine display of rodeo family values, don't you think? It is well worth noting that Mr. Hunsicker, and presumably other rodeo thugs, are furious about their abuse being exposed to the world by way of SHARK's rodeo videos.

We thank Detective Michael Beatus of the Kane County Sheriff's Department for investigating and staying on top of this case, and for helping to secure prosecution from the Kane County State's Attorney's Office.

Below are the arrest warrant that was issued on June 23, 2009. Interestingly, Mr. Hunsicker has neither turned himself in, nor has he posted bail, which leads us to question claims from rodeo people that they are patriotic, law abiding, God-fearing folk. Of course, patriotic, law abiding, God-fearing folk don't make death threats to begin with, do they? 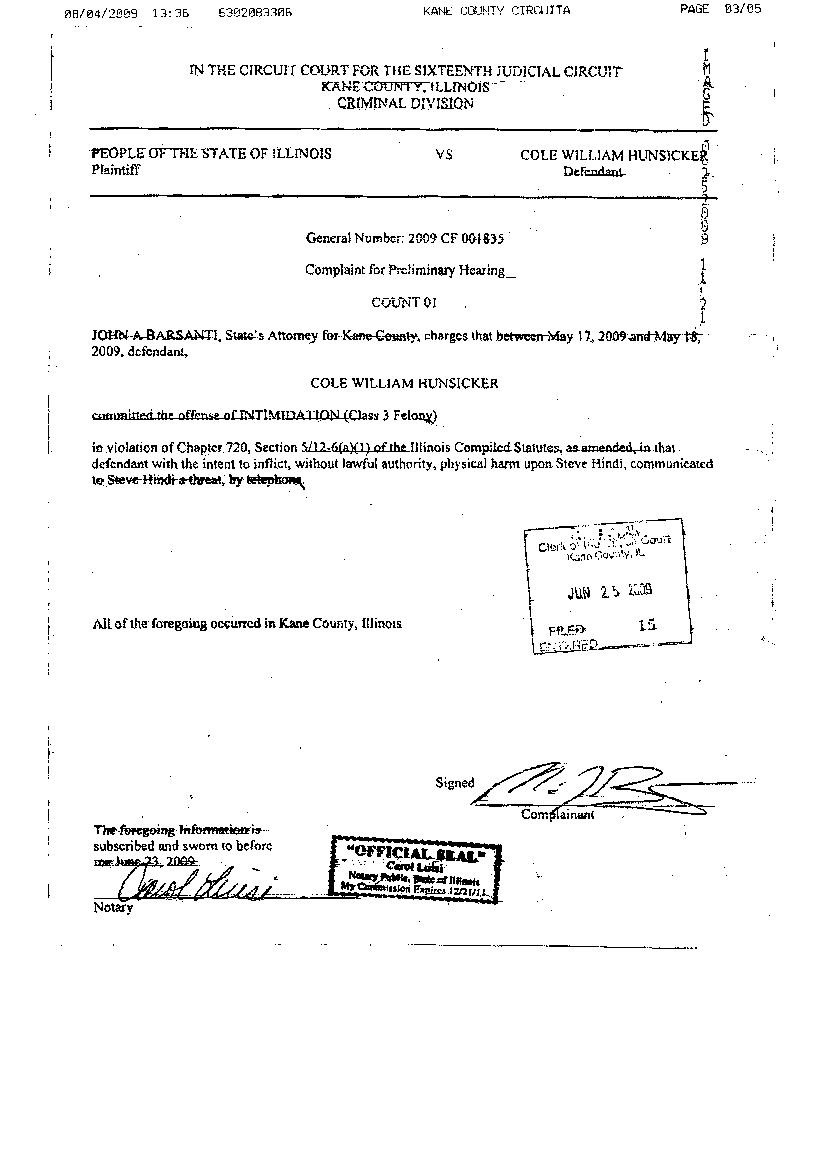 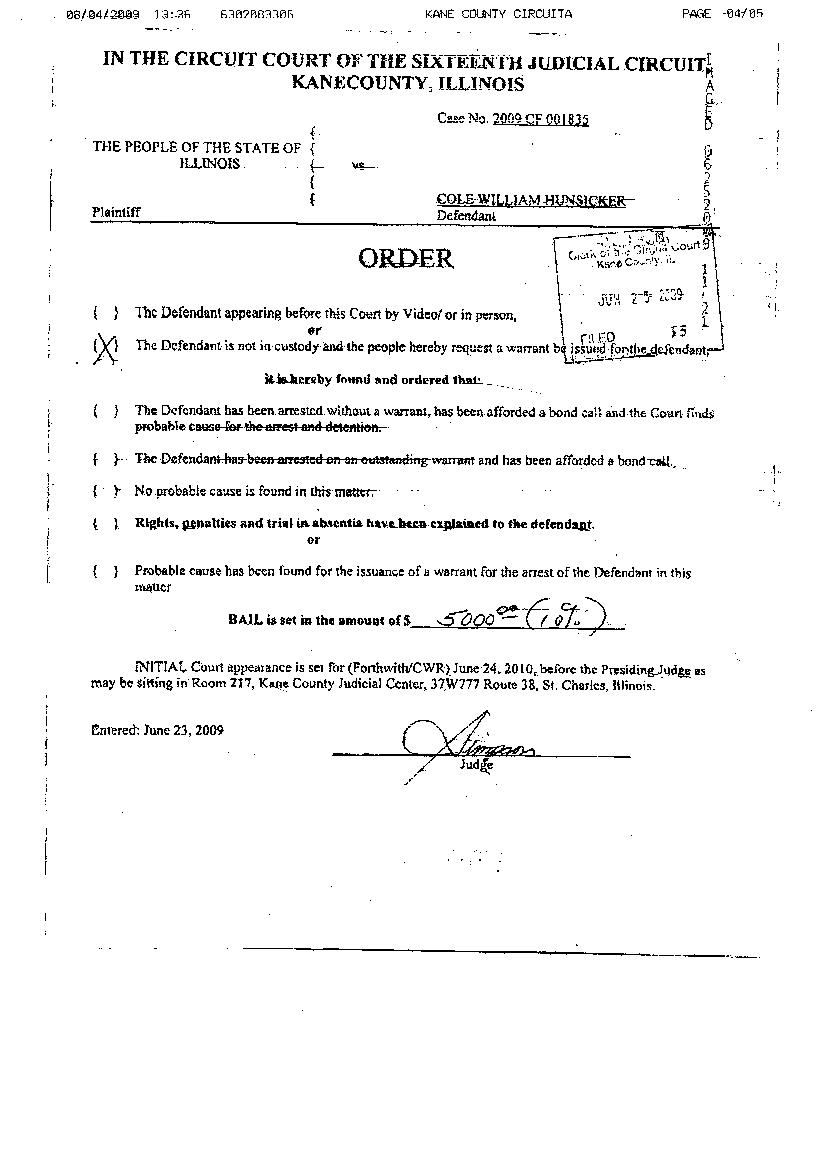 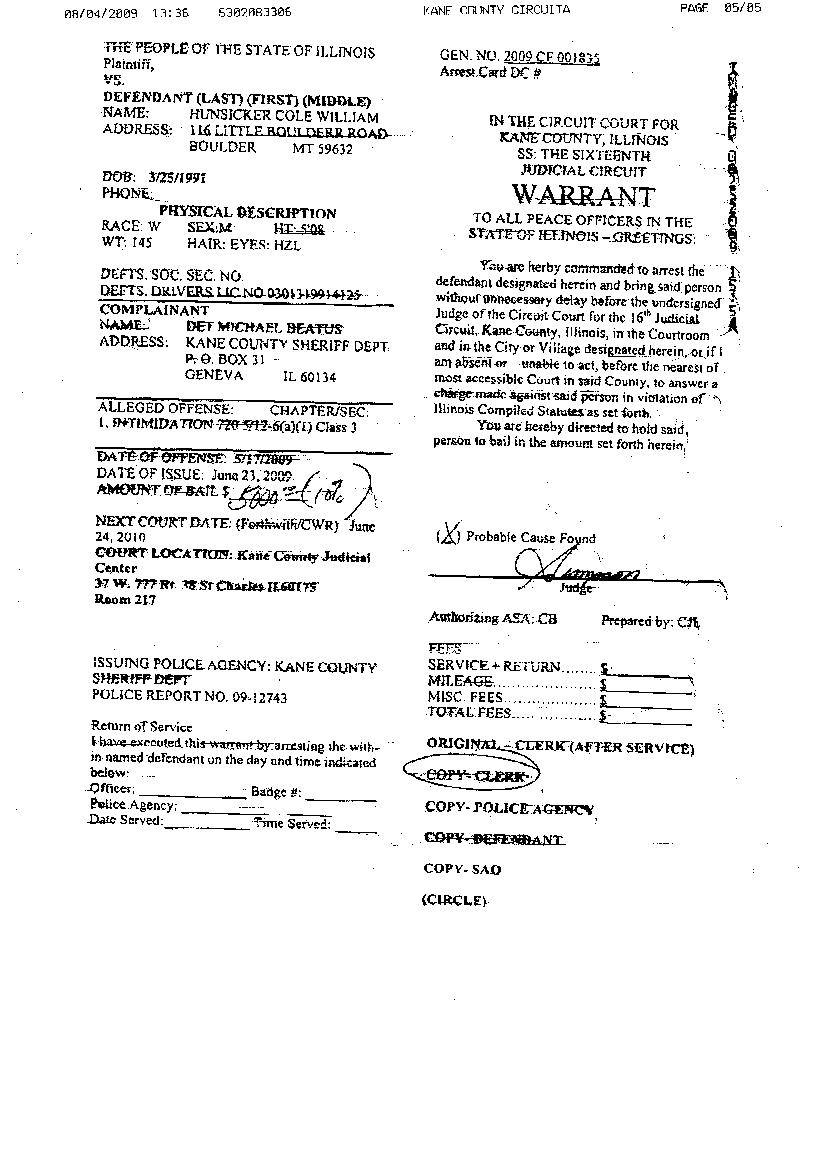