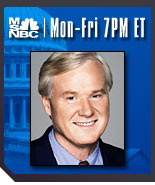 The United States has its ballparks. Spain has its bullrings. Here, major league cities sport stadiums that seat tens of thousands of baseball fans, while minor league cities have their own, smaller ball yards.

Go to a city like Seville and you'll see a 10,000-seat bullring. Head south into the heart of Andalusia and you'll reach Ronda, with its 5,000-seat plaza de toros.

Ronda is recognized as the birthplace of bullfighting in Spain, and its elegant showplace opened in 1785. It drew the likes of Ernest Hemingway and Orson Welles, who found fascination in what Spaniards call the “equestrian art” of bullfighting.

Letter Written Regarding a Catholic High School's Field Trip to a Bullfight.

When I read that your Catholic (that is still a Christian faith isn't it?) High School students' trip to Spain included their seeing and supporting a bullfight I was outraged!  The Catholic Church has worked hard to shed its scandals of late, but then your staff members use such gross judgment in allowing impressionable teenagers to view the cruel "blood sport" of bullfighting on their trip.  How does a person of faith actually justify that in their mind?  What are you thinking?  Are you telling me that they actually have to physically support this event to understand this ugly/dark part of the Spanish culture?  Couldn't you have just shown them some SHARK (animal rights group protecting livestock) videos that are very graphic in its proof of the cruelties inflicted on livestock, particularly those used for entertainment by the greedy and barbaric?

No Bull: Pius V and Bullfighting

On November 1, 1567, Pope Pius V (1566-1572), issued a papal bull entitled "An injunction forbidding bullfights and other similar sports with wild animals and the annulment of vows and oaths previously made." Jean Thaler explains the background to the bull and the extremely mixed record of this particular pope.

He excommunicated Queen Elizabeth the First of England. He burnt heretics in the piazza. He terminated the Turks. But... he saved the bulls!