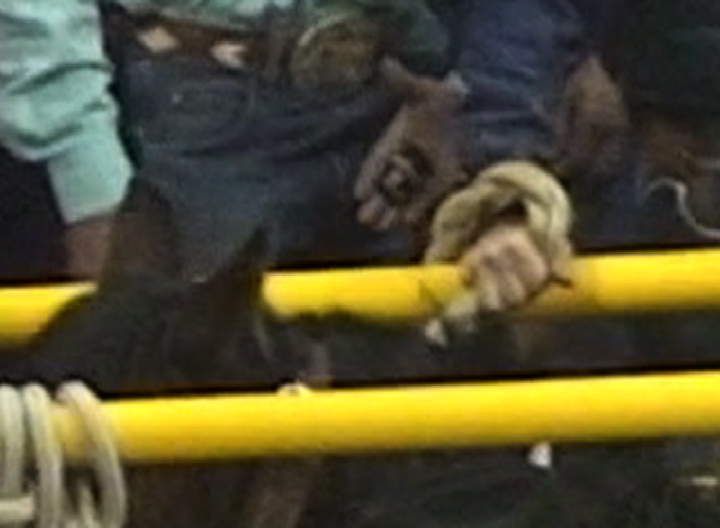 The National Finals Rodeo wraps up this weekend, ending its 49th run. But it won't end without some controversy. Not even one day after exposing baseball's "cheats" we learn of this potential mess at the NFR.

The organization SHARK, Showing Animals Respect and Kindness, obtained video of a PCRA official using a device on horses before the leave the chute. SHARK believes this to be a violation of humane rules.

It is not known if an electric shock is being administered, or as the NFR claims, "harmless encouragement" to initiate "bucking" and a clean break.

NFR officials declined to comment on camera about what they say is a widely used practice. A spokesperson for the NFR told Eyewitness News, the mechanism is harmless, and used simply to encourage the animals out of the chute freely.

Regarding the practice, NFR spokeswoman Cindy Schonholtz released this statement:

"Officials are on site monitoring the competition and that all the rules are in place and enforced. There are veterinarians on site that make sure livestock is properly cared for."

When pressed by Eyewitness News to comment, the NFR added the following to its original statement:

"PRCA rules allow for the encouragement of horses with the habit of hesitating in the chute in order to provide for the safe exit from the chutes for the livestock and the contestant."

A small shock is permitted, but only when applied to the hips or shoulders. The neck and head are off limits.