Saving Grace: New Jersey Deer Shot in the Face with an Arrow

This is Grace, an innocent deer that a bowhunter shot in the face with an arrow. SHARK has launched a campaign to have Grace tranquilized and the arrow removed, so that her suffering may end. 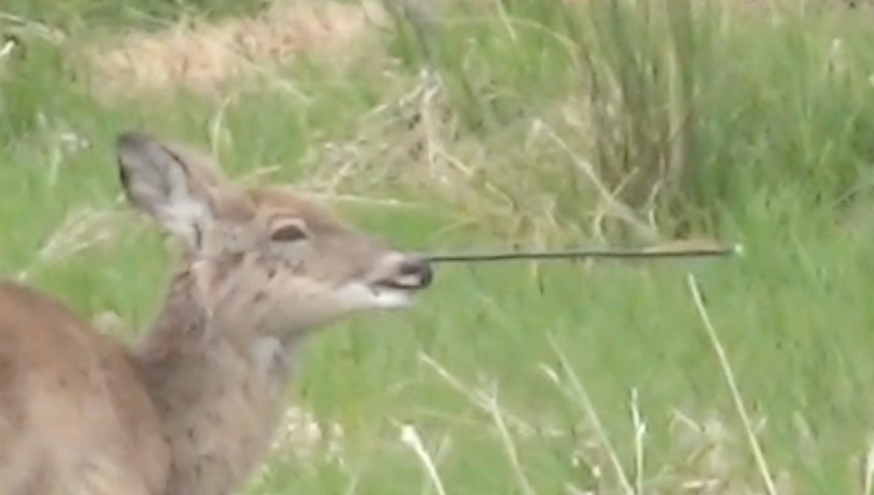 Watch our video about Grace HERE.
SHARK first heard about a deer with an arrow impaled in her face from the Animal Protection League of New Jersey (APLNJ), a group SHARK has worked with fighting NJ’s bear hunts. Last Thursday and Friday, SHARK went with APLNJ to where Grace had been spotted, and we were able to record video of her, which we then released to the media.

NBC news in New York and Philadelphia ran an excellent story about Grace last night, which you can view HERE. This story shone a very positive light on deer and a community that enjoyed having deer in their presence. 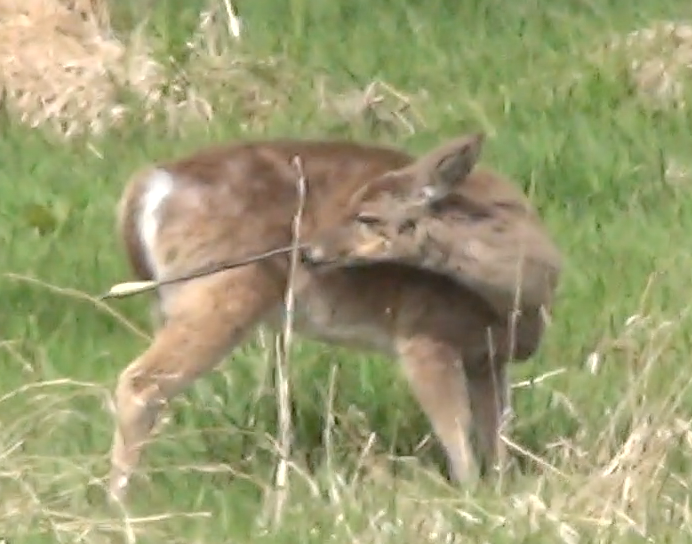 That aspect is important as deer are often vilified, just as pigeons are, and SHARK will always stand up and fight for those animals that denigrated and abused.

The NJ Division of Fish and Wildlife, the state’s hunting agency, has known about Grace’s injury since December of 2014. They’ve attempted to dart and tranquilize her, but have failed. Though Fish and Wildlife is very good at killing animals, they are simply inept when it comes to saving them. That’s why SHARK is taking a lead role in trying to find someone who can do the job properly.

Please contact New Jersey Governor Chris Christie, tell him of the deer with the arrow in her face in Marlboro Township, and that you want him to take action to save her.
Governor Christie: 609 292 6000

You can also email him through THIS website.
Bringing attention to Grace’s plight is just the first step in this campaign. We will have updates for you in the near future.