DEAR FRIENDS,
In our last update we told you that we were in Oklahoma to film a cruel live pigeon shoot political fundraiser held by Jim Inhofe, the United States Senator from Oklahoma.

Even though Inhofe tried to hide where he was going to shoot, we found the location, Robbins Farm, which is in Greer County, OK. We set up legally on the side of a public road and then sent up our drone, called the “Angel” to film the shoot. 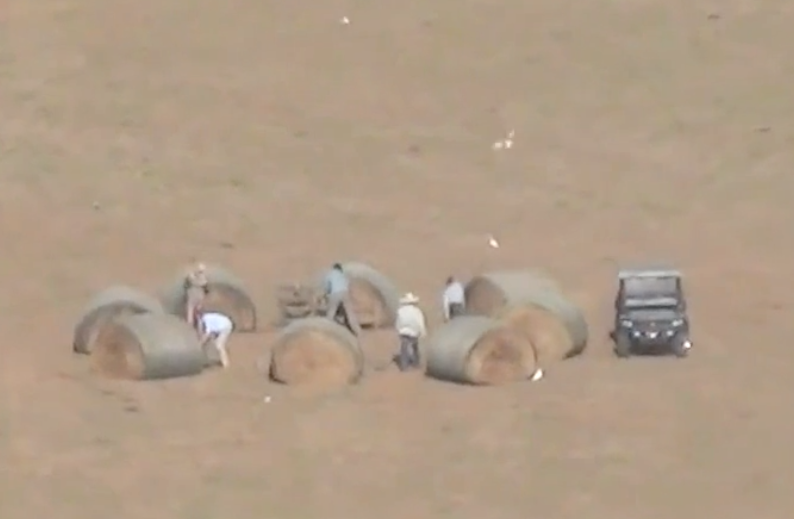 Video of pigeons being thrown into the air, taken by our Angel drone
We flew two successful flights and landings where we filmed the birds being hand-thrown into the air and then shot. When we went up a third time, someone at the Inhofe fundraiser took a high-powered rifle and shot the Angel. It had just enough power to make it back but it crashed landed on a nearby embankment. We were able to retrieve it though there was significant damage done.

We know this was deliberate because the shotguns being used to kill pigeons didn’t have the range to hit the Angel. We also recorded the sound of rifle fire so there’s no question about what happened.
Watch the video of the shoot down HERE. 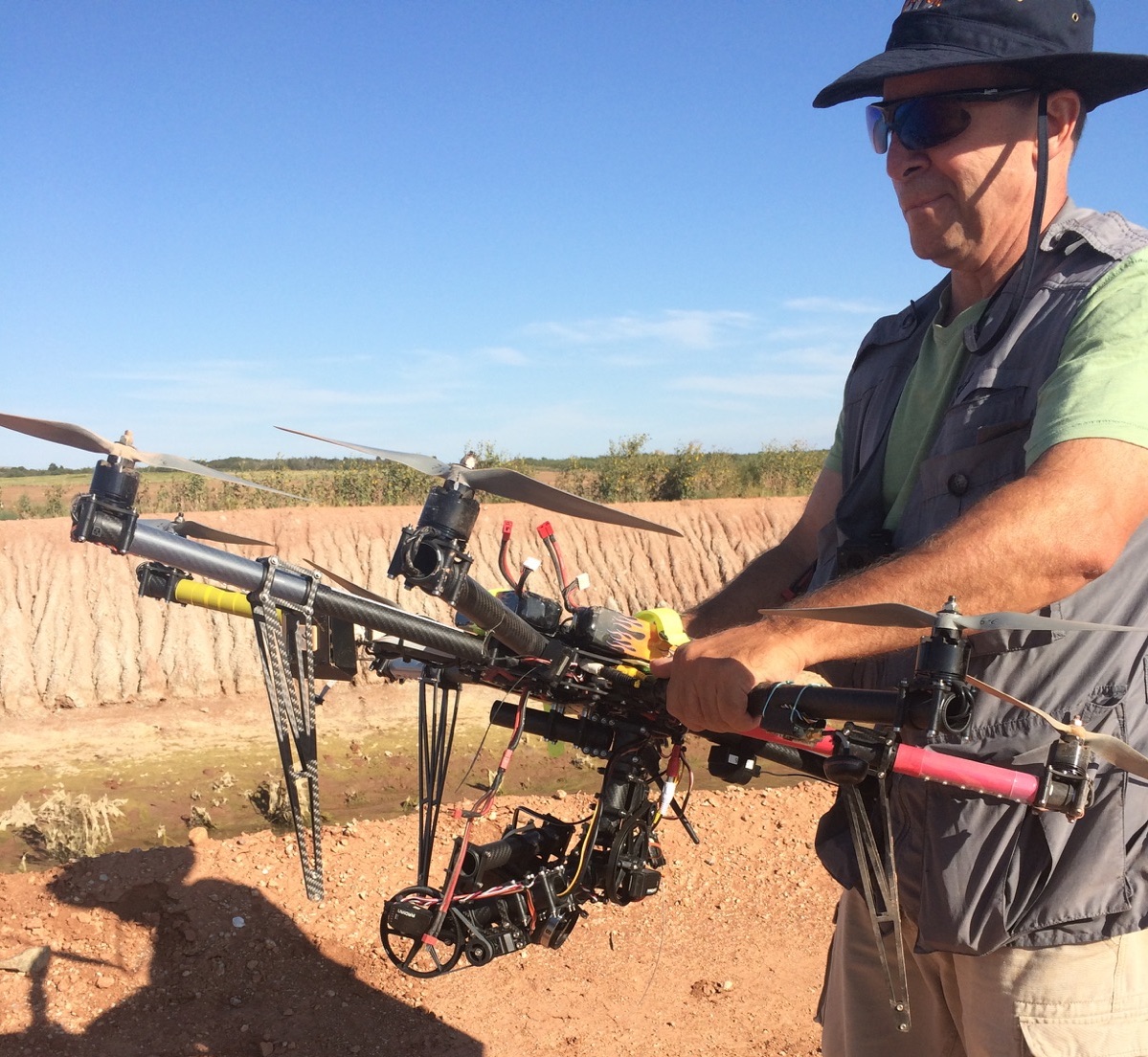 The shot drone after it was recovered
This was a criminal act where damage to personal property was caused by someone using a firearm, and we called 911 from the scene. When the 911 operator called back, she said that the sheriff stated it was “not a crime” to shoot down a drone and that they would not come out.

The sheriff either doesn't know the law, or he is corrupt and deliberately lying to protect a US senator. Either way, a crime was committed where damage was done to personal property, and local law enforcement is ignoring it.

If any of us took a rifle and shot at another persons personal property, we’d be in jail right now. Whether it is not paying proper sales tax on the birds used for his shoot, or using federal property to hold a political fundraiser and federally funded employees as servants to serve his donors, Inhofe believes that he is not bound by the same rules that you or I are. We also cannot ignore that he held a political fundraiser on 9/11 that involved the mass shooting of living beings for fun. It was disgraceful and as disrespectful as can be.

That’s why we need to continue to put pressure on the members of the United States Senate Select Committee on Ethics to hold him accountable. Please tell them that if they don’t take action against Senator Inhofe, then they will have shown that senators are the privileged few who do not have to obey the law as you or I do.
Chairman Senator Johnny Isakson
(202) 224-3643
http://www.isakson.senate.gov/public/index.cfm/email-me

Senator Brian Schatz
(202) 224-3934
http://www.schatz.senate.gov/contact
Media coverage of the shoot down and our efforts against Senator Inhofe: 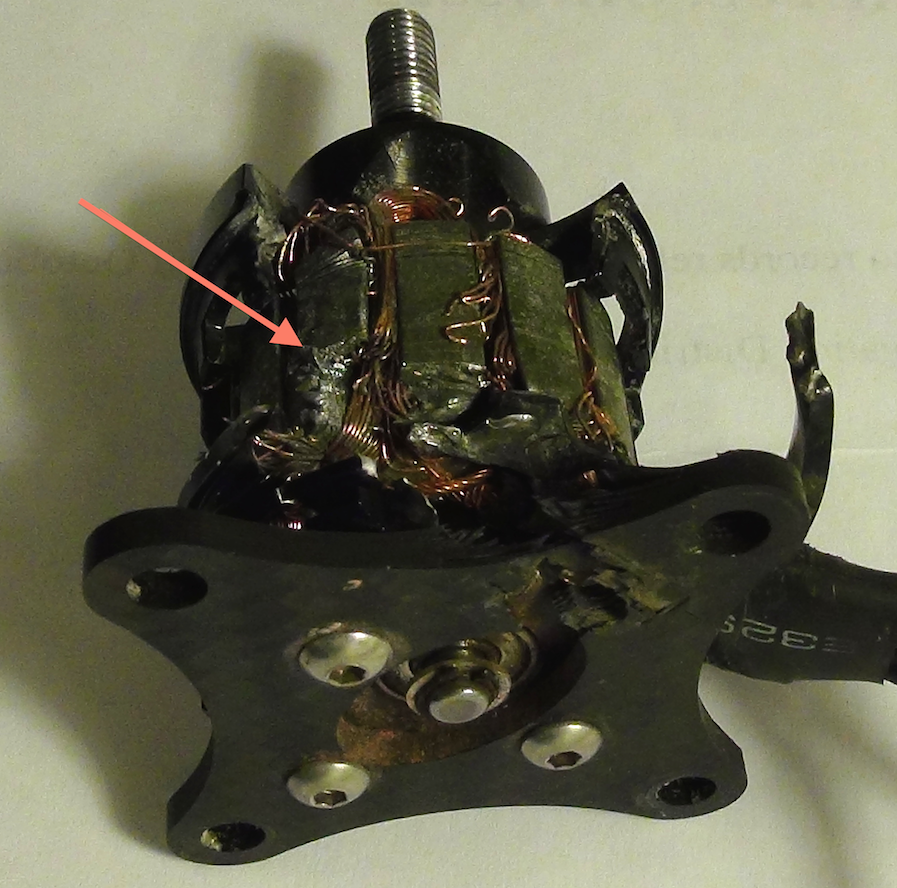 One of the complaints we filed against Senator Inhofe dealt with the fact that his campaign spent $10,000 on pigeons used for his shoot in 2013 and 2014, yet it seems clear that he did not pay sales tax on the transaction.  We sent the complaint by certified mail to the Oklahoma Tax Commission on 9/1/15, yet more than two weeks later, no one has signed for it.

This morning we sent an email to Tony Mastin, Administrator of the Oklahoma Tax Commission, with the complaint and asking for an investigation. We intend to follow-up and continue to try to hold Inhofe accountable, however, what we discovered when we looked deeper into who Mr. Mastin’s boss was, we realized just how incestuous and corrupt the system is.

The Tax Commission is supervised by the Oklahoma Secretary of Finance and Revenue, a man named Preston Doerflinger. That name may not mean anything to you, but it sure does to us.

When our investigator was undercover at the 2014 Inhofe pigeon shoot, there was a large board on an easel with the names of the “Gold Level Host” of the fundraiser. The name Preston Doerflinger is right there, in the first column. 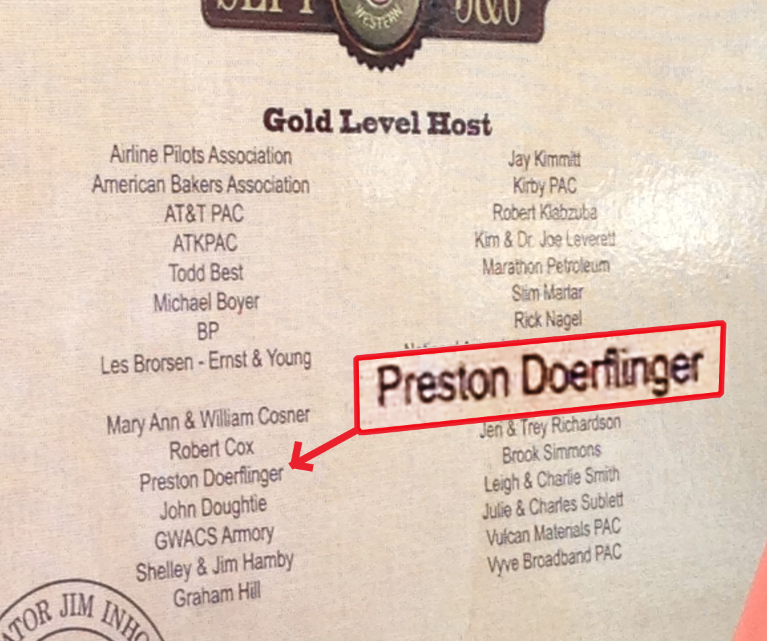 That means that the man who supervises the tax commission, which should be investigating Senator Inhofe, was actually one of the prime sponsors of the event that is supposed to be investigated.
Please politely write to Mr. Mastin and Mr. Doerflinger and tell them that the public is watching and we will not allow Senator Inhofe to get away with breaking the law. Please also send that message to Oklahoma Governor Mary Fallin, so she can see how her own government is failing the people of Oklahoma.
You can read the tax complaint HERE.

Preston Doerflinger
Director, Office of State Finance
This email address is being protected from spambots. You need JavaScript enabled to view it.

Tony Mastin
Administrator, Oklahoma Tax Commission
This email address is being protected from spambots. You need JavaScript enabled to view it.