Sharks are amazing animals that play a vital role in our oceans, yet they are tragically slaughtered for food and fun around the world. When you consider how slow sharks reproduce, and how heavy the pressure is upon their populations, these are animals that desperately need our help. This is why we launched an undercover operation to film a shark killing contest that happened on June 10, 2017, in Cape May, New Jersey. 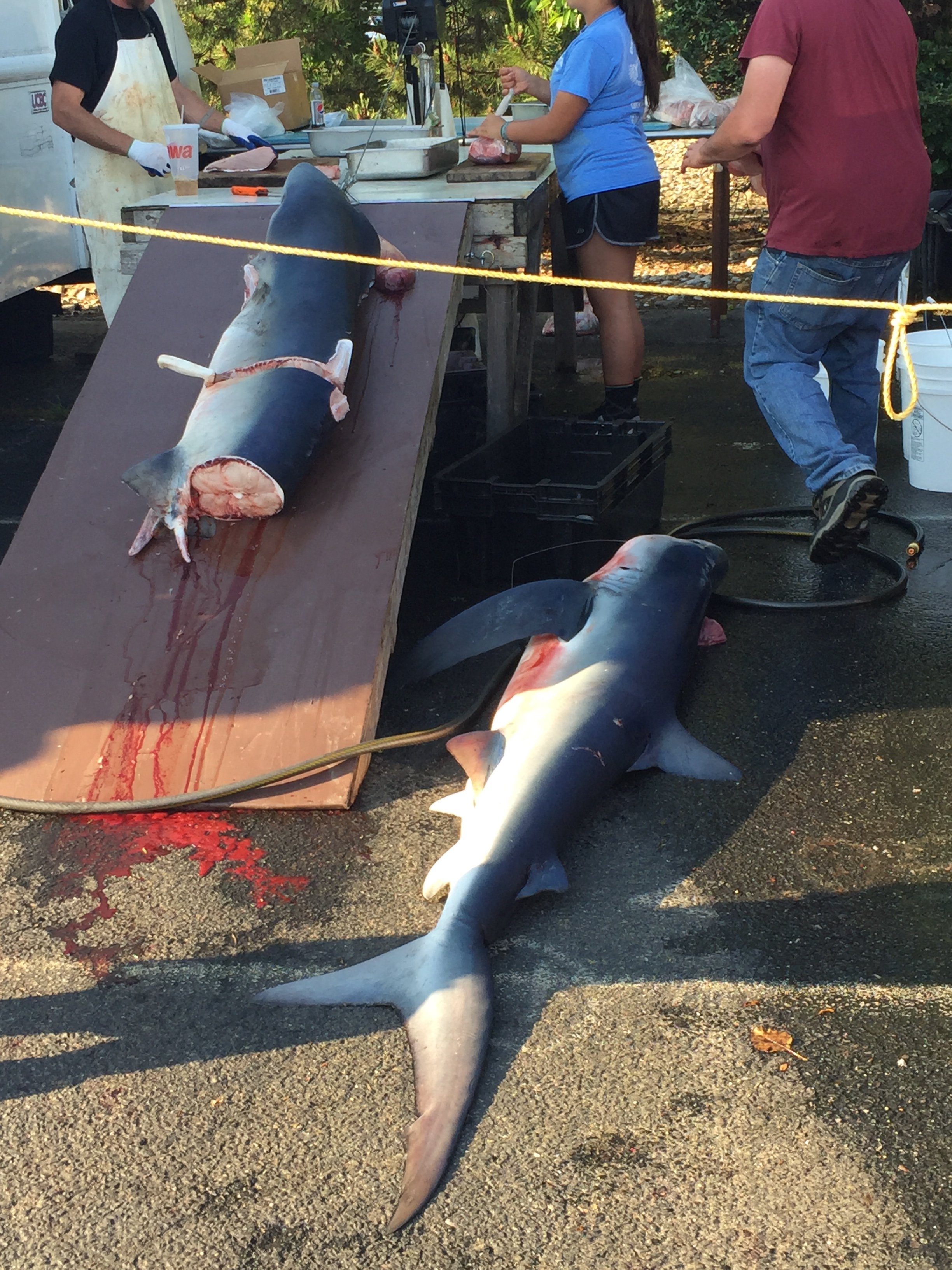 After the sharks were weighed for the contest, they were brought to be butchered at a nearby truck

These killing contests claim they are about "conservation," but we know that is but a facade they use to cover their cruelty. For instance, in the shark killing contest brochure, it says,"With our minimum qualifying weight of 200lbs, we encourage conservation and stewardship for future growth of the shark population."

First, killing sharks over 200lbs is not conservation, it's simply killing. Second, they killed sharks under 200lbs anyway, which we documented in our video. 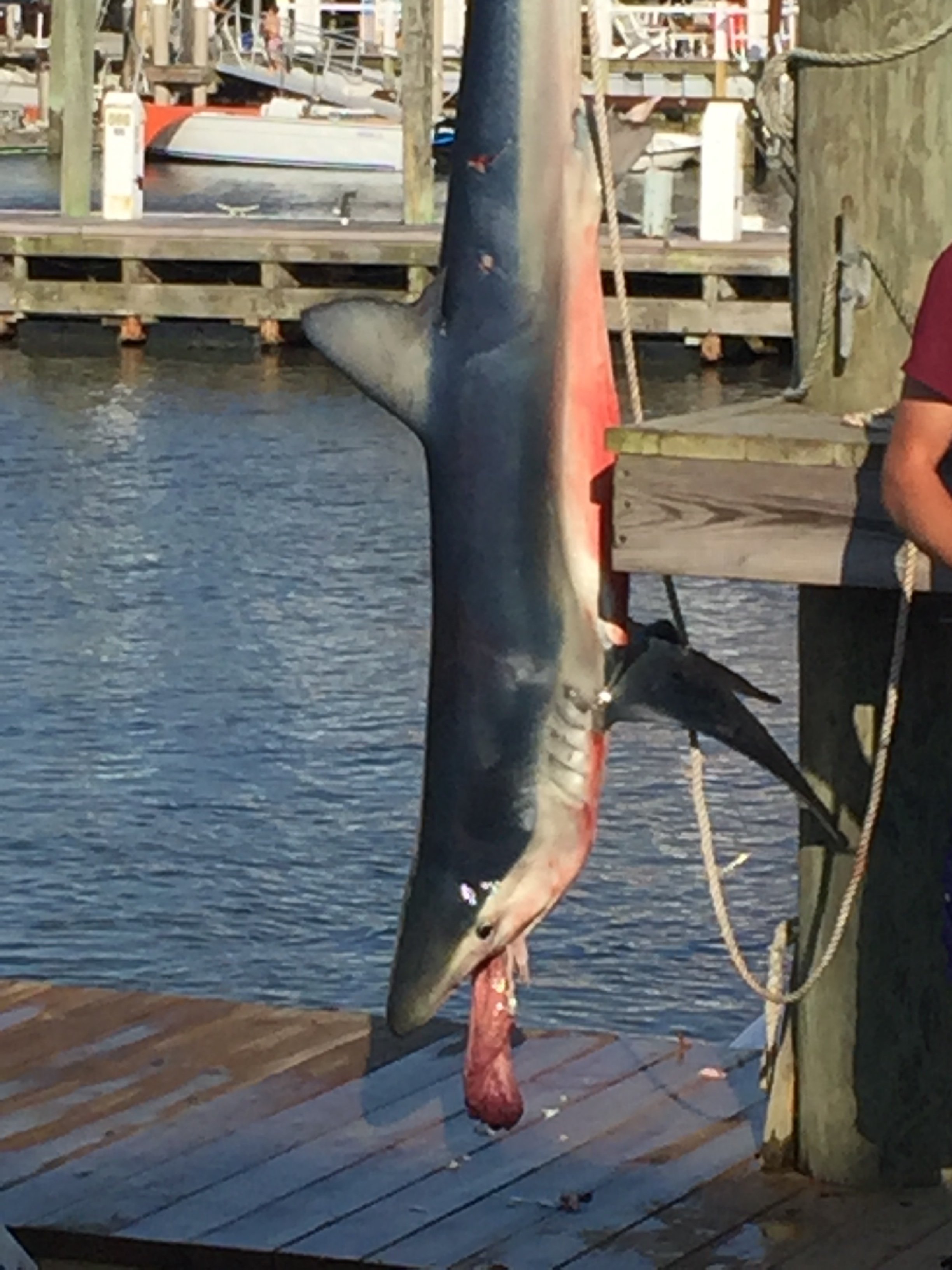 This shark weighed only 151lbs, 25% smaller than what was allowed for supposed "conservation." As you can see, the animal's internal organs spilled out through his mouth

As SHARK has always fought for animals that have been maligned and stigmatized, we knew we had to stand up for the very animal we are named after.

Please contact Yamaha, the corporate sponsor of this slaughter, and ask that they never sponsor killing contests again.  Let them know that the days when sharks are slaughtered for fun must come to an end.

Please be polite and respectful:

Michael Grbic
Vice President & General Counsel at Yamaha Motor Corporation, USA
This email address is being protected from spambots. You need JavaScript enabled to view it.

Mark Saruta
Vice President at Yamaha Motor Corporation, USA
This email address is being protected from spambots. You need JavaScript enabled to view it.

Bill Boehman
Vice President at Yamaha Motor Corporation, USA
This email address is being protected from spambots. You need JavaScript enabled to view it.

If you live in New Jersey, please share this video with your state legislator.  You can find out who they are on this link:
http://www.njleg.state.nj.us/members/legsearch.asp 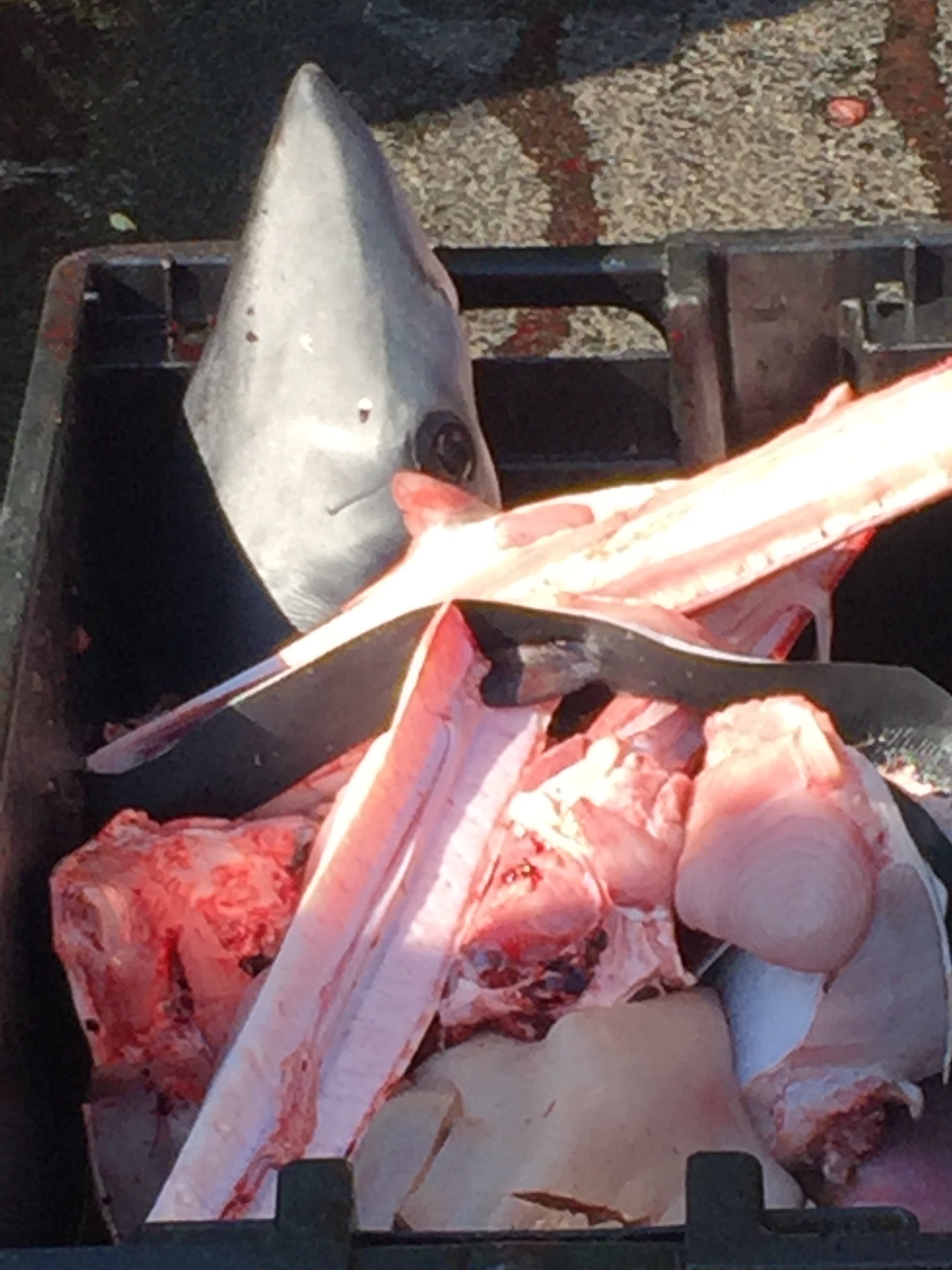 Although the fins and some body parts where cut off for food, the jaws were cut out (for trophies) and the head and other organs were disposed of

If you want to continue to see SHARK take on new and important issues, such as protecting sharks, then we desperately need your help. We are not a group that sits on millions of dollars and does nothing; we are an organization that has almost no money, but are on the ground where the animals are being slaughtered in spite that. Support strong activism for animals by supporting SHARK's hard work.