The following press release was sent out by Animal Alliance of Canada, Zoocheck and Cormorant Defenders International,

SHARK's partners in the fight to save cormorants on Middle Island, Canada.

In a brand new disturbing video (https://www.youtube.com/watch?v=Z0pBs6XjtSg), SHARK exposes the terrible cruelty of the cull, addresses the bad science and raises the issue of wasted tax dollars.

In the past 9 years, Parks Canada has slaughtered just under 19,000 cormorants rationalized in a claim that they are protecting at-risk vegetation on Point Pelee's Middle Island, a small uninhabited island in Lake Erie, about 150 metres from the U.S. border.

"This is a monumental waste of taxpayers' dollars", said Barry MacKay, Born Free and spokesperson for Cormorant Defenders International. "Most Canadians would be very angry knowing that Parks Canada has been wasting their money to protect plants that are abundant just a few metres south, in the United States. This is mismanagement – no doubt about it."

"In 2008, the year the cull began, Middle Island was a large vibrant waterbird colony – an incredibly beautiful place to visit," said Liz White, Animal Alliance of Canada and spokesperson, Cormorant Defenders International. "Now after 10 years of shooting, the colony is a shadow of its former self.   Cormorant nest numbers have dropped from 4441 in 2008 to 1794 in 2016. Great Blue Heron nests dropped from 239 to 81 in the same years."

"The Park could turn Middle Island into an ecotourism opportunity," said Julie Woodyer, Zoocheck.  "People travel all over the world to observe such ecological phenomena. Tommy Thompson Park in downtown Toronto celebrates the fact that it has the largest cormorant colony on the great lakes.  It's a tourist attraction.  Instead Parks Canada demonizes the cormorants and spends years trying to kill most of them off."

"SHARK is dedicating an enormous amount of time and resources to this battle because these beautiful birds need our help," said Steve Hindi, President of SHARK. "What is happening to them is both cruel and morally repugnant. It is time this slaughter stopped once and for all." 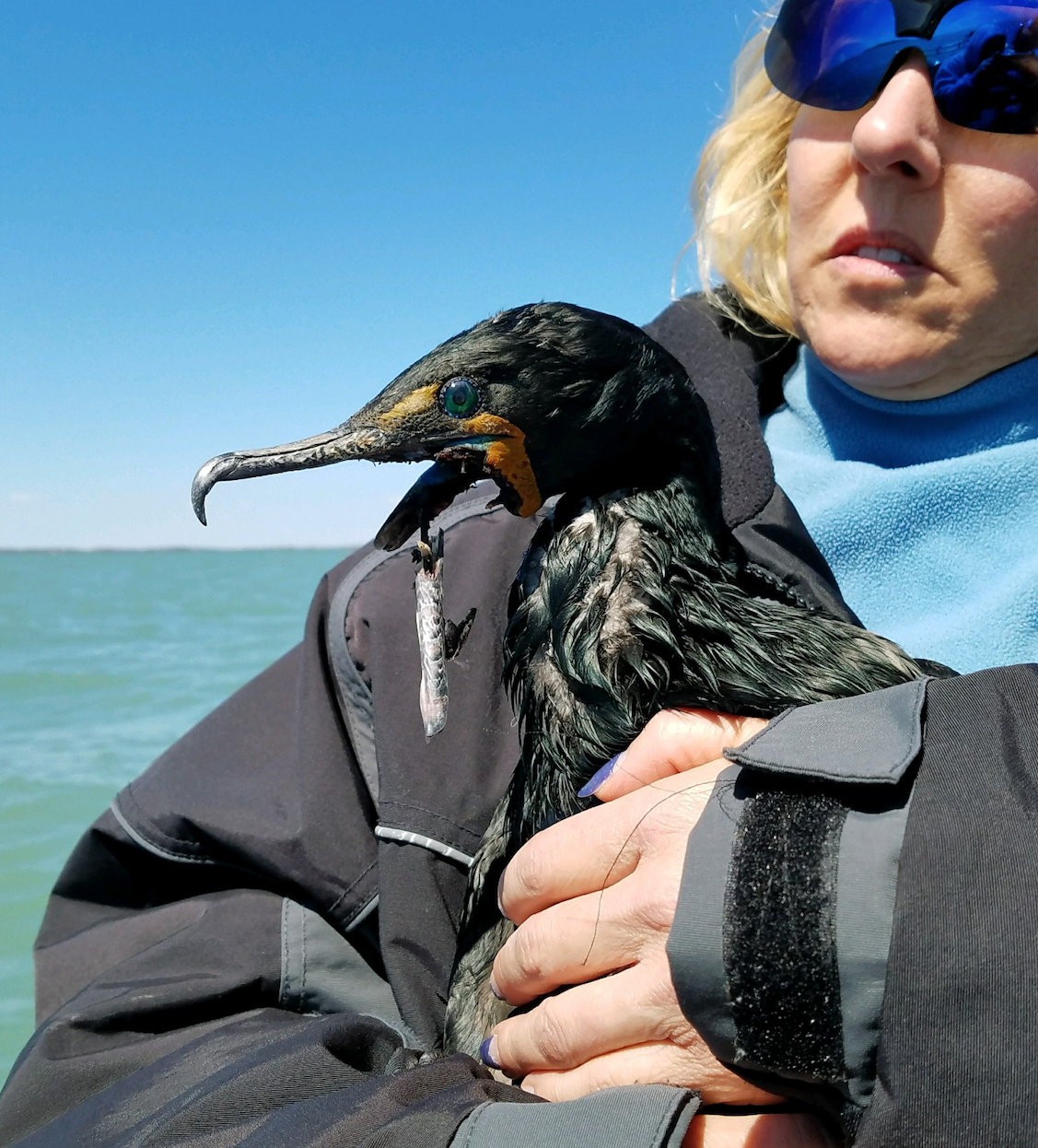 SHARK investigator Janet Enoch holding a cormorant she rescued. The poor bird had his lower beak and tongue shot off by the killers working for Parks Canada