We have great news! Tom Buchanan, a close ally of US Senator Jim Inhofe, has been found to have violated federal law when he allowed Inhofe to use federal land to hold his pigeon shoot political fundraiser in 2014!
Watch our new video HERE: 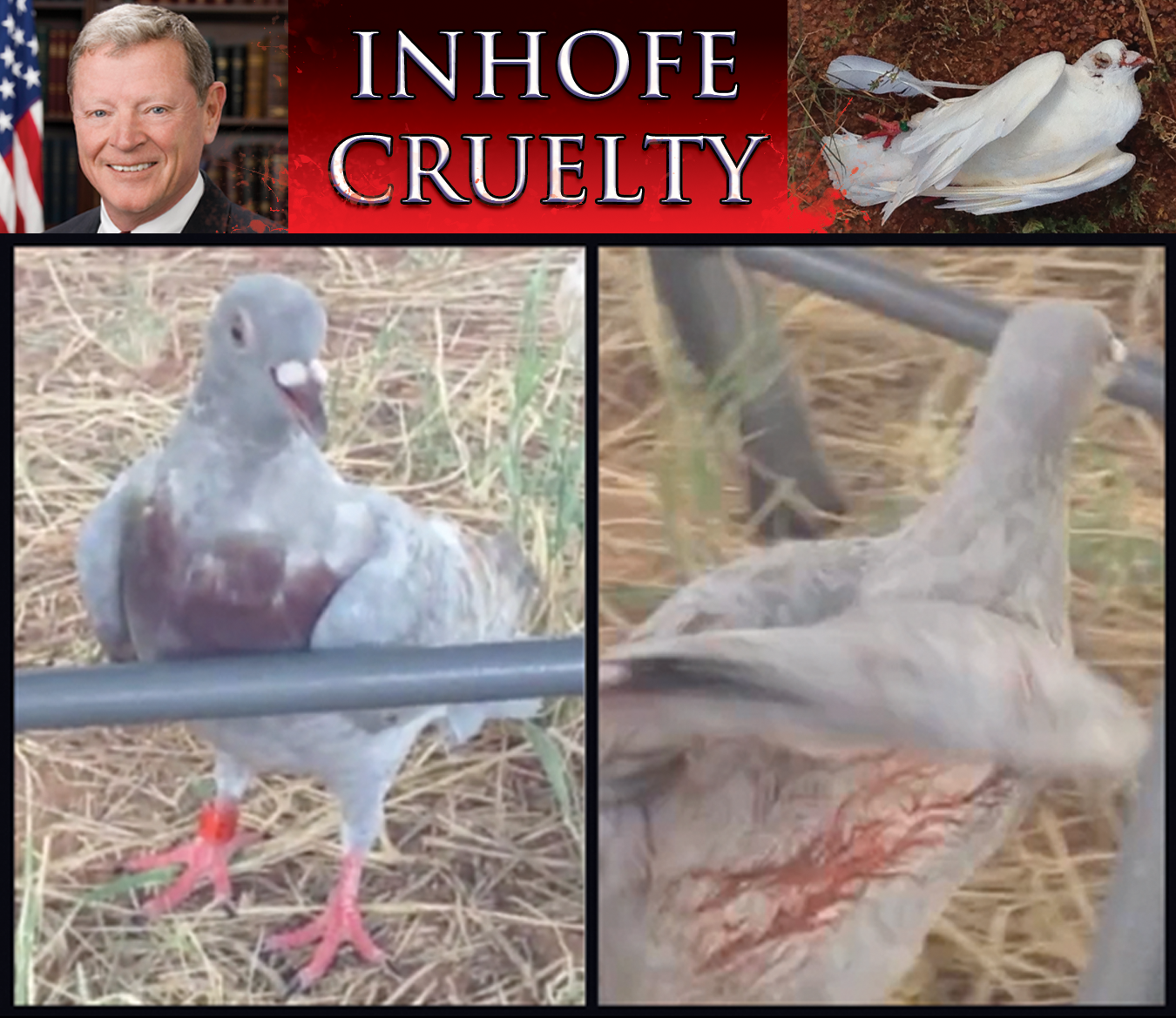 One of Inhofe's innocent victims from the 2014 pigeon shoot
In 2014, SHARK received an anonymous tip that US Senator Jim Inhofe would hold a live pigeon shoot as a political fundraiser. SHARK investigator Stu Chaifetz attended the event undercover and filmed as a thousand birds were hand-thrown into the air and shot for fun by Inhofe and his donors. The video of that pigeon shoot went viral and has been seen more than 117,000 times. You can watch it HERE.

Soon after the shoot ended, SHARK revealed that Senator Inhofe held his fundraiser on the Lugert-Altus Irrigation District property, which is federally owned. SHARK filed a Hatch Act complaint (which limits the political activities of federal employees) with the US Office of Special Counsel (OSC) against Tom Buchanan, the manager of the District. Buchanan is also President of the Oklahoma Farm Bureau. 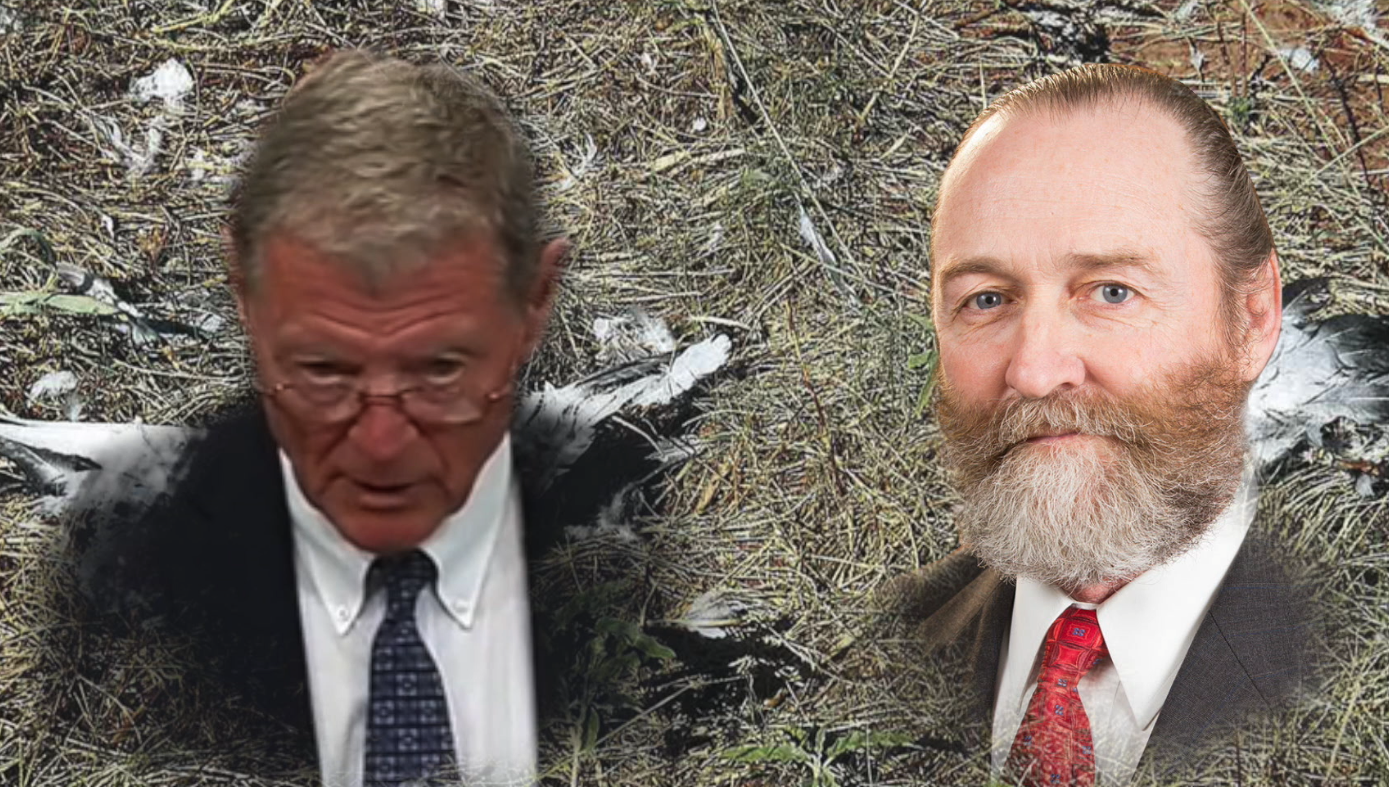 Tom Buchanan (right) is a close ally of Inhofe who violated federal law when he facilitated Inhofe's disgusting pigeon shoot fundraiser on federal land
On July 17, 2017, SHARK received a letter from the OSC stating that Mr. Buchanan had in fact violated the Hatch Act:

“You alleged that Mr. Buchanan violated the Hatch Act as District Manager of the Lugert-Altus Irrigation District (District) by facilitating the September 5, 2014 campaign event for Senator Jim Inhofe, which occurred on federally owned land.”

“Thus, without the proper permission to do so, Mr, Buchanan granted Senator Inhofe’s campaign access to federal land for the purpose of holding a campaign event."

“Based on these facts, OSC has concluded that Mr. Buchanan violated the Hatch Act by using his official authority as District Manager to assist Senator Inhofe’s campaign.”

The OSC ruling is critically important because it makes crystal clear that Inhofe held his cruel fundraiser illegally on federal land.
Even though there were many illegal acts committed by Inhofe and his supporters over the past three years that we have been fighting against Inhofe's pigeon shoots, no one from the local and state police, to the inspector general for the department of the interior to the FBI would investigate. The Office of Special Counsel is the only authority that has had the courage to do any type of investigation, and we thank them for their dedication.

Jim Inhofe is a dishonorable and dishonest politician who has misused his power to protect himself and his friends from punishment for unlawful behavior. While others may fear Inhofe’s power, SHARK has never waived in our defense of the animals he slaughters for fun, and we never will.
Please call Senator Inhofe and let him know that as long as he holds pigeon shoots, SHARK will expose his cruelty and corruption. Please be polite and respectful: