DEAR FRIENDS,
On October 28, 2017, SHARK filmed a live pigeon shoot, where pigeons are forced into small boxes then launched into the air and shot for fun, at the Thunder Ridge Game Farm located in Middlebury Center, Pa.  The video, which was taken legally using SHARK’s camera equipped drone, captured dramatic footage of a young worker at the shoot tearing the heads off of pigeons, many of who were still alive.
Watch the video HERE 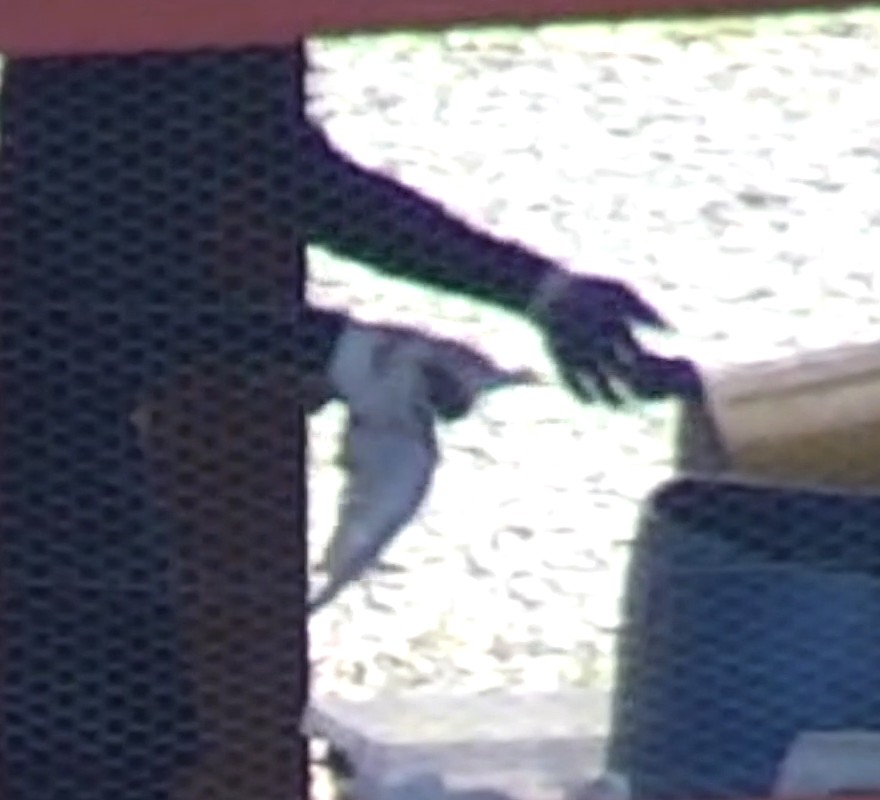 One of the 181 innocent pigeons whose head was torn off
We haven’t seen cruelty this disgusting since the days of the infamous Hegins Labor Day pigeon shoot. We filmed 181 birds having their heads torn off, and out of that we know that at least 34 were still alive, though that number is likely much higher.
It is critical to understand that tearing the heads off of pigeons at a pigeon shoot is absolutely cruel and illegal. In a 1999 decision regarding the Hegins pigeon shoot (HULSIZER v. LABOR DAY COMMITTEE INC.) the PA Supreme Court  wrote about this inhumane practice:

"Then, the trapper boys retrieve the wounded pigeons from the circled area and kill them by a variety of methods. These include tearing the birds' heads from their bodies, throwing or smashing them against objects on the ground, crushing the birds by falling on them, and suffocating the birds by tossing them into a barrel filled with other dead and dying pigeons. All of these methods are contrary to accepted veterinary methods of euthanasia and cause the birds additional pain and suffering.”

There is also legal precedence for holding workers at a pigeon shoot accountable under the law for committing cruelty against pigeons. This derives from historic charges brought against a worker who SHARK filmed torturing pigeons at the Philadelphia Gun Club located in Bucks County, PA on January 30, 2016. In this instance, the worker pled guilty to charges of animal cruelty.

There is no question that these acts violated the law, and the perpetrators, including the owners of Thunder Ridge, must be held accountable. Our video proves is that you cannot hold a pigeon shoot without committing grave acts of animal cruelty. The PA Legislature must finally pass legislation banning these immoral and vile shoots forever.

SHARK reached out to Tioga County District Attorney Krista Deats and was told that the PA State Police would need to investigate. We must note that State Trooper Fitzwater of Troop F was onsite at the pigeon shoot, yet refused to take any action. He also has not returned repeated calls.
Please contact the PA State police for Tioga County and ask that they immediately investigate this. Please point them to our video:

Please also contact Tioga County District Attorney Krista Deats and ask that they prosecute both the trapper and owners of Thunder Ridge:

This email address is being protected from spambots. You need JavaScript enabled to view it.
Do to the severe nature of the violations of law, SHARK will continue to press to make sure justice is served and not ignored.