You can read the full mailer on our website

Rodeos are shameful events where horses, bulls, calves and more, are beaten, brutalized, and sometimes killed, all for entertainment. Yet for all the cruelty committed, rodeos are largely ignored by the mainstream animal welfare community.  That’s not SHARK; we don’t just fight for the animals that others think will bring in the most money, we fight for any and all animals who are being hurt and need help.

No group does more for rodeo animals than SHARK. We will show you just some of what SHARK has done for animals abused in rodeos in 2019. You can look up all these videos on our YouTube channel: www.youtube.com/sharkonlineorg 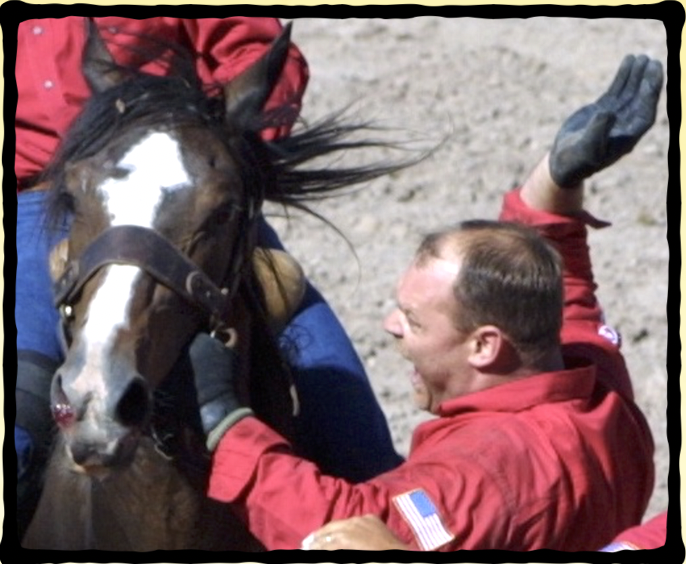 This is the true face of rodeo; ugly men beating and bloodying beautiful animals

In August 2019, SHARK documented horses being electro-shocked at the “Horse Heaven” rodeo in Kennewick, WA. The horse you see below crashed to the ground after being shocked. 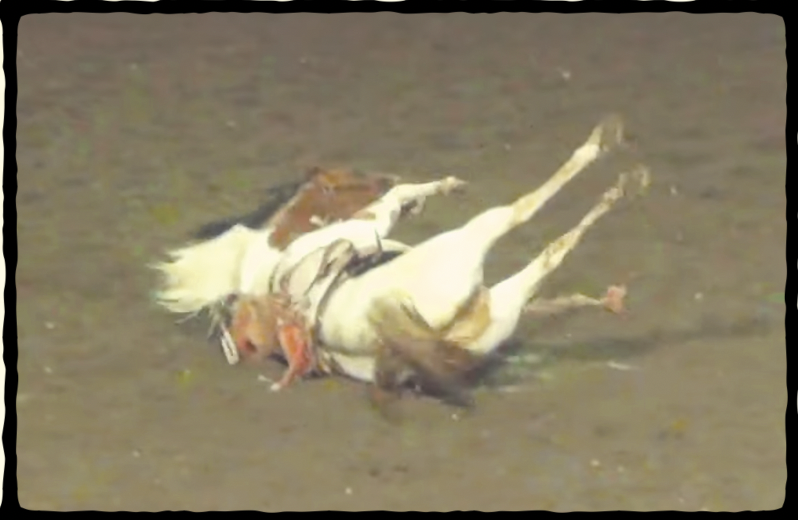 SHARK was at the Rowell Ranch rodeo in Castro Valley, CA. They tried to ban video cameras - but we used undercover cameras and a drone to film the cruelty, including illegal electro-shocking of horses, that ensued. Using a drone to film a rodeo is another unique use of technology that SHARK has employed, and we were able to capture video such as a horse (below) who hit the ground hard and landed in the filthy mud. 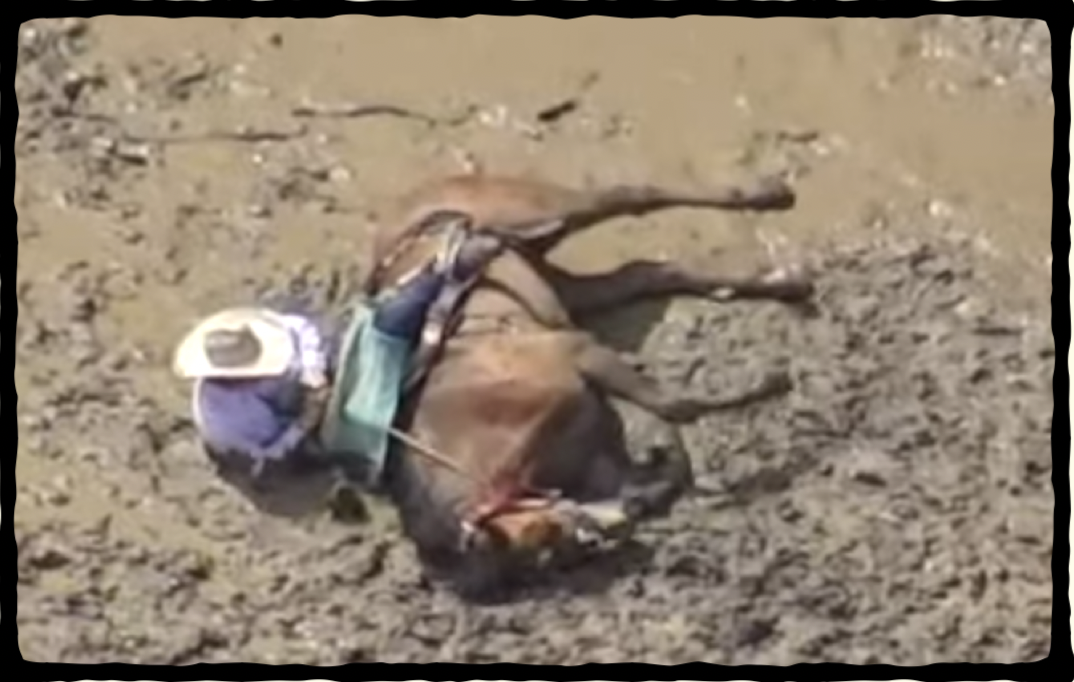 In 2018, a horse was seriously injured at the Folsom, CA Rodeo, then dragged into a trailer and carted away with no medical examination given. What happened was a travesty and illegal, as no reports were ever made as to the fate of this horse. In 2019, SHARK President Steve Hindi (below) spoke before the Folsom City Council and the CA Veterinary Medical Board.

• SHARK will not relent in our pursuit for justice for this horse! 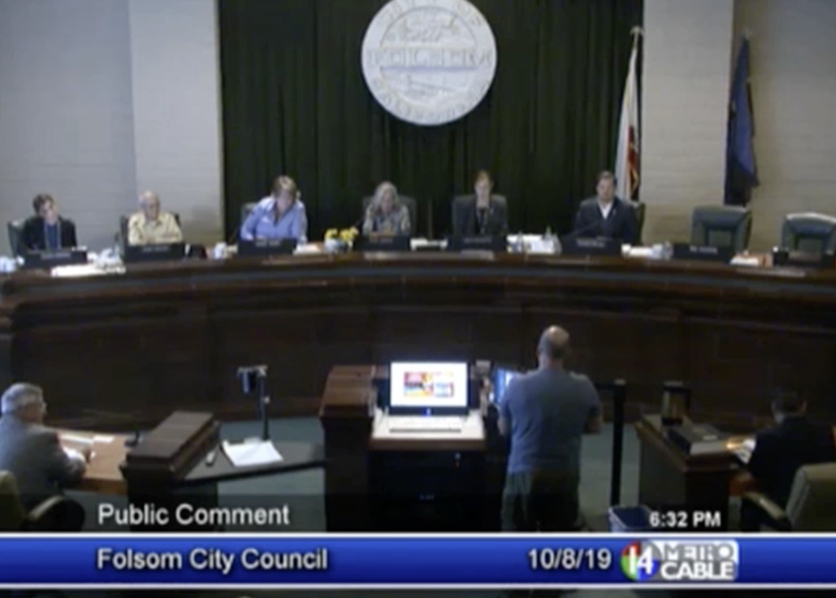 When SHARK was alerted that the Girl Scouts of Central and Southern NJ were going to hold a Girl Scout’s night at the NJ-based Cowtown Rodeo, we sprung into action. We knew Cowtown had a long history of animal abuse including a horse named Duke who died just 25 seconds after being electro-shocked. We also knew that Cowtown had a history of using racist black-face and that rodeo clowns had made sexist statements over the years. We tried to educate the Girl Scouts, but they refused to listen.

How did Cowtown treat the Girl Scouts on Girl Scout night?  They humiliated them. Both the clown and announcer made a series of disgusting and misogynistic statements and jokes that not only involved the beating and killing of women, but that women were only interested in men for their money and would have sex with men who treated them badly.  That’s how bad it was, and you can hear it all on our video. 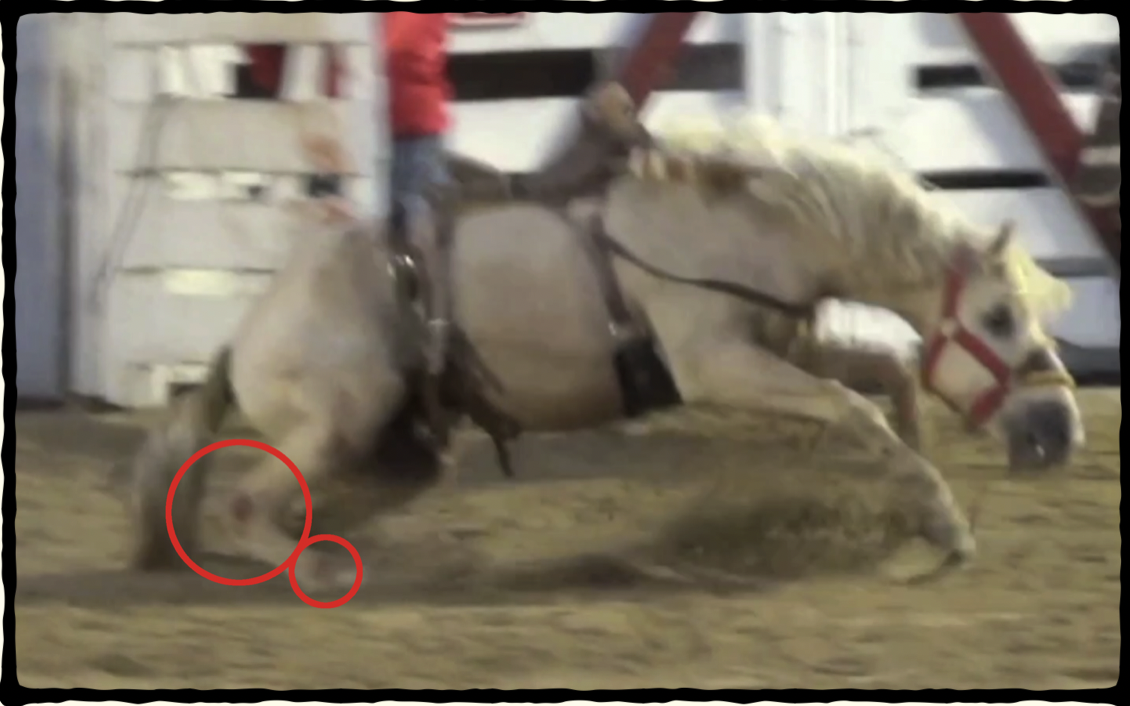 Not only did SHARK investigators record the disgusting comments Cowtown made on Girl Scout night, but we also filmed this horse who was tortured by Cowtown thugs and forced to perform. Note the two bloody wounds on the horse’s legs