On November 23rd, SHARK investigators attended the 2019 PRCA National Steer Roping Finals held at the Kansas Star Arena in Mulvane, KS. After witnessing a number of animals being injured, put on sleds and dragged off the field by tractors, one of the investigators moved to the outside of the arena, where he could see the injured steers moved onto trailers.

Using a night-vision camera, our investigator filmed an injured steer fall off a forklift pallet and hit the pavement headfirst (see picture below).
Watch our new video HERE 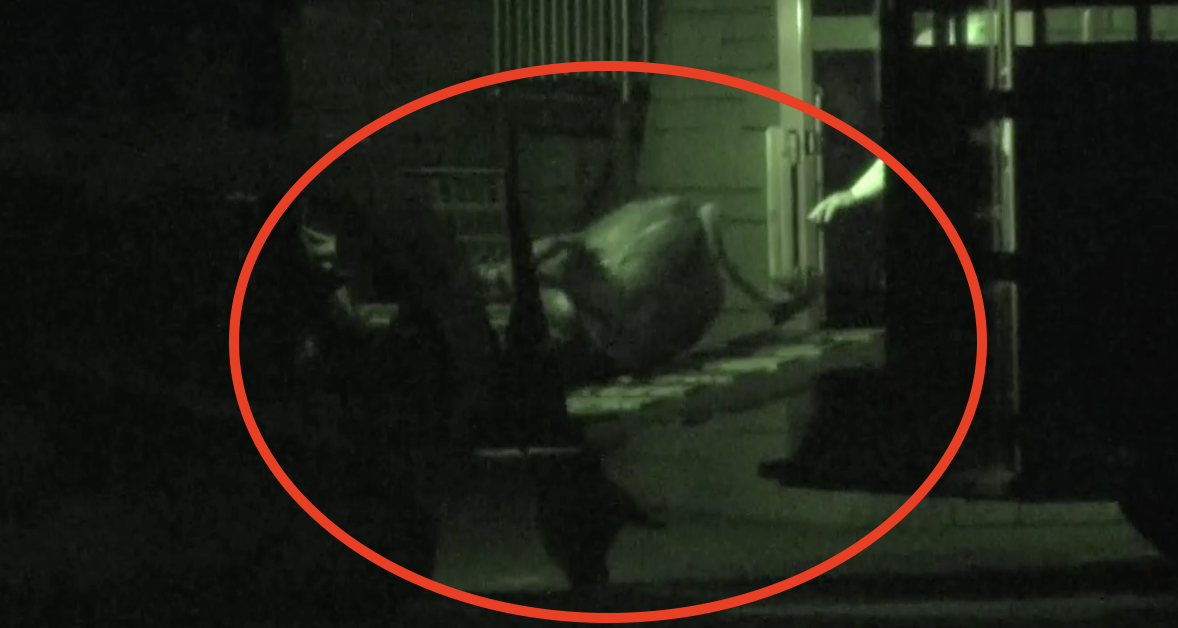 The video then shows one of the individuals - the rodeo veterinarian - pull on the steer's horns. Another individual subsequently grabbed the injured animals' tail and tried to pull him back to the forklift, but the handler fell down in the process. After that, two handlers then clumsily flipped the steer over and landed him onto the pallet. The pallet was then again raised by the forklift. Because the pallet was far too small for a steer, the animal's head extended past the pallet. One of the handlers held the steer's head by his horn as he was raised. Once inside, the injured animal was dragged off the pallet, and into the trailer. The injured steer received no examination or treatment either before or after he was placed in the trailer.

Overseeing all of this was the onsite veterinarian, whom we learned is Dr. Brian Hodes. According to the Kansas State University website, Dr. Hodes is President-Elect of the College of Veterinary Medicine. As the video shows, Dr. Hodes did not examine the injured animal when he fell off the forklift, even though he may have suffered even more grievous injuries.

On November 25th, SHARK Investigator Stu Chaifetz called Dr. Hodes.  As both Mr. Chaifetz and Mr. Hodes were in “one party consent” states, Chaifetz was able to legally record the call.

In the picture below, Dr. Hodes (circled) is seen standing right above the injured steer right after he fell off the forklift. He was there the entire time, meaning he lied about not seeing the incident. 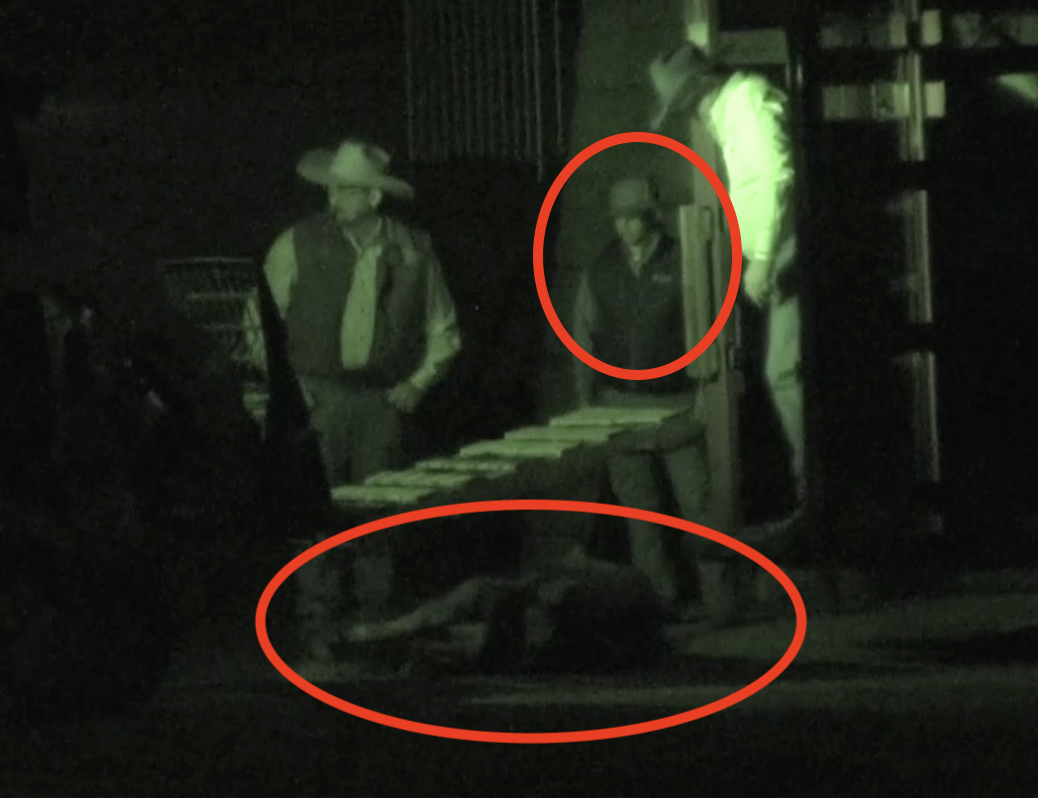 SHARK is filing a complaint against Dr. Hodes with the Kansas Board of Veterinary Examiners for "Acts of unprofessional conduct."
We want to now take a moment and compare this campaign, which involved strategy and being on the ground at the rodeo, to the recent passage of a supposed federal law against cruelty. As you can read in this article by Animals 24/7, the new law is basically worthless, yet it has been used by groups such as HSUS as a publicity stunt to raise money.

We've seen this time and time again; groups overflowing with millions of dollars taking credit for something that does nothing to save lives, and then fundraising off of that publicity.

The bottom line should always be what actually works to expose abuse, not what makes the rich animal welfare VIPs richer. Please do not support groups that partake in these scam PR stunts.

• SHARK is in desperate needs of funds. Please support us now so we can continue to do what no one else does.