SHARK and the Animal Protection and Rescue League filed a lawsuit against the California-based Poway Rodeo, to stop them from electro-shocking horses, which is illegal under California law.

Electro-shocking horses to force them to perform is absolutely cruel. It’s also illegal under CA law, yet this barbaric practice goes on with no one doing anything about it. It’s long past time someone stands up for these horses and the law and that’s exactly what we are doing with this complaint.

• This story received major news coverage that brought a great deal of attention to how horses are abused in rodeos. You can donate to SHARK’s legal fund to help pay for cases like this. 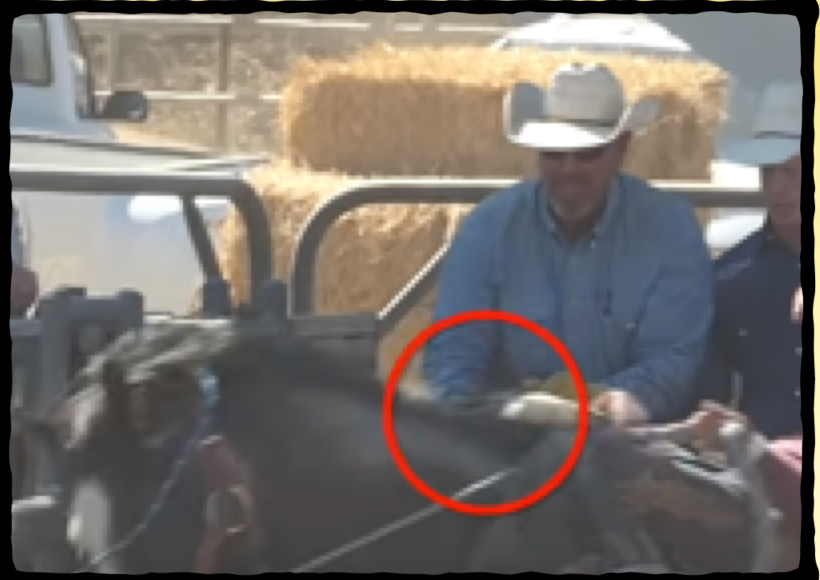 A horse being shocked at the Poway Rodeo

SHARK released graphic video showing bulls being repeatedly attacked by dogs during illegal animal fights that occurred this past July at the California Rodeo at Salinas. In the video, dogs can be seen stalking, attacking and biting the bulls in the legs and face. One bull had a bloody tongue, apparently the result of a bite.

The dogs were forced into the illegal fights by rodeo personnel in the arena. The video shows one individual twice order dogs to continue when they tried to quit.

Tragically for the animals at the Salinas rodeo, Salinas Mayor Joe Gunter, local law enforcement, the California Highway Patrol, and the SPCA of Monterey County all support the rodeo, and the District Attorney refuses to prosecute it. If not for our investigators, this criminality would have been covered up. 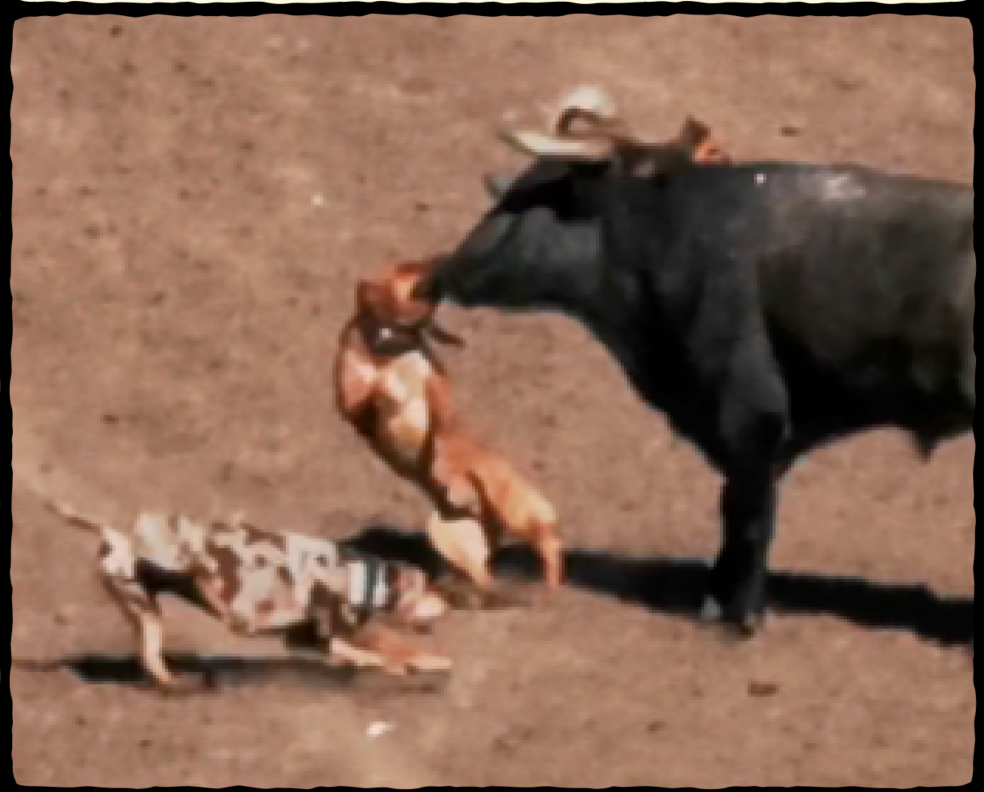 2019 saw two significant victories in our campaign against rodeo cruelty! 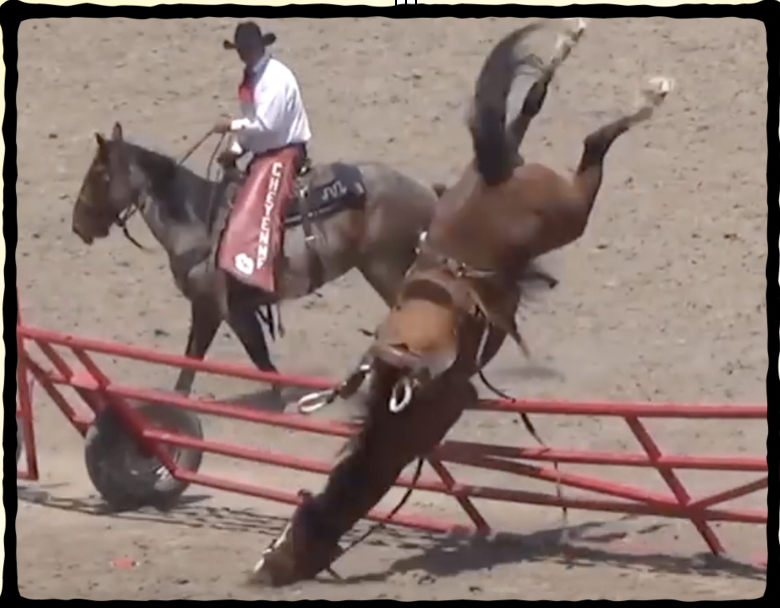 The second victory was something we did behind the scenes and not in public. Last year, we found out that the notorious Rowell Ranch Rodeo (RRR) was holding a fundraiser for the Autism Society, San Francisco Bay Area. SHARK Investigator Stu Chaifetz, who is also a father of a child with autism as well as an activist for children with special needs, reached out to the group and educated them about the cruelty committed at the RRR.

This abuse included the electro-shocking of horses and even the death of a horse there last year (below). The group replied that they would look into the rodeo.

We are very pleased to announce that the Autism Society is not holding that fundraiser with the rodeo this year!

What we’ve shown you is just a fraction of what we have done to fight rodeos. Our investigators have been in numerous states from one coast to the other, filming rodeos and exposing the cruelty committed.

While SHARK has earned the title of being the foremost animal protection group fighting rodeos, we’ve also earned that title for live pigeon shoots, barnyard scrambles, cownose ray killing contests and many others, because we are the ones on the ground doing the work.  We are never satisfied with focusing in on just one form of abuse, because we know that there are countless animals suffering in myriad ways, and they all matter.  We will now show you more of what we’ve done in 2019, and how deep and wide the breadth of our work is.