Steer Wrestling -- It Never Happened on the Ranch 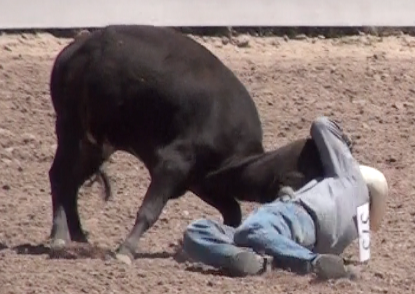 Steer wrestling was never part of ranch work. It is trivial, utterly pointless entertainment and nothing more. It is an abusive event developed simply to amuse people of questionable character and intelligence.

While in the chute, steers often have their tails twisted and raked over fences to make them run out of the chutes. Once the steer is released and running in the arena, the rodeo contestant jumps from his horse onto the head and neck of the steer.

He then twists the steer's head around until the victim falls to the ground. Broken necks are often the result, although many other injuries may also occur. SHARK has documented many steer that break their horns off near their skull during this event. 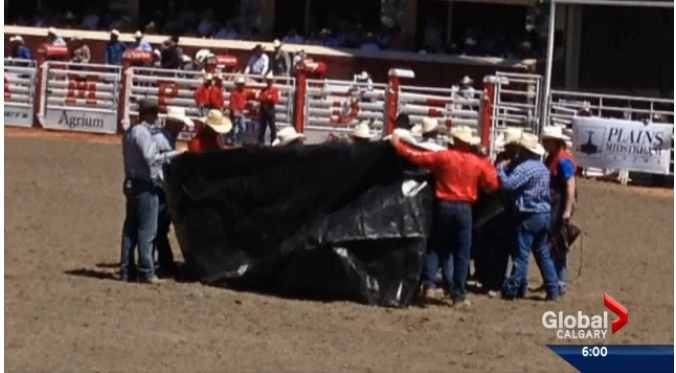 Steer killed by the 2013 Calgary Stampede. Read the story here.

Veterinarian Peggy Larson has told us that this is incredibly painful for the the animal:

These are very painful injuries manifested by bellowing, shaking the head and turning the head away from the injured side.  A veterinarian would put these animals in a chute, restrain their heads, use a nerve block and amputate the horn.  It would then be treated with an antibiotic and possibly wrapped.  A fly repellant would be necessary to prevent maggots from infesting the wound. 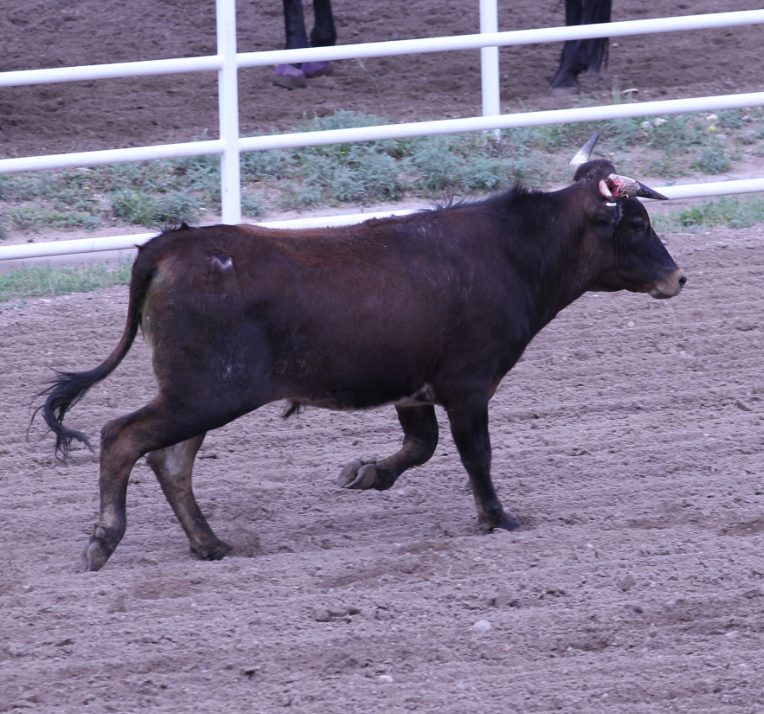